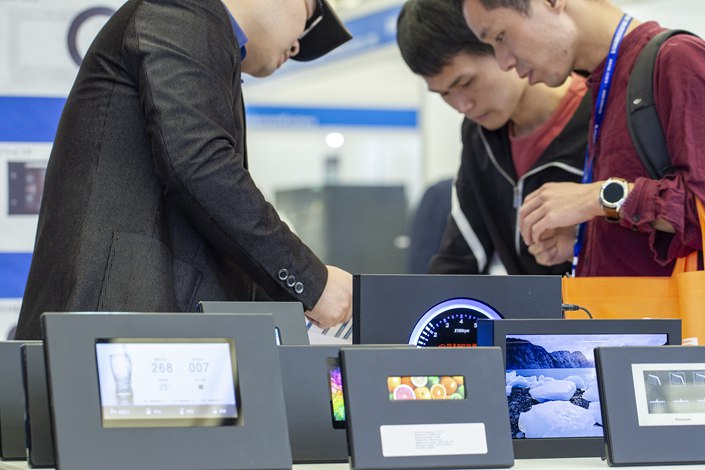 Some of the country’s leading display panel makers operate their factories in Wuhan, the epicenter of the virus outbreak. Since the city was locked down Jan. 23 for disease control, many of those manufacturers have been hit by supply shortages.

Display panels are a vital component of many popular electronic devices, from smartphones to computer monitors.

TCL Corp. said in a statement over the weekend that while parts of its two factories in Wuhan were operating normally, production could be interrupted because of delayed supplies of raw materials and logistical constraints. Rival Tianma Microelectronics Co. Ltd. said Monday that its Wuhan plant faces pressure from the delayed return of workers and supply interruptions.

Tianma is currently building its second production line in the virus-ravaged city, while TCL operates its two largest factories there. One of the TCL plants makes the AMOLED screens common in high-end smartphones. The factory is currently said to have a monthly production capacity of 45,000 units, a figure which Shengang Security predicts will see it meet up to 5% of global demand for such panels in the coming years.

Meanwhile in Zhengzhou, the capital of Henan province, a partially state-funded panel project called Huarui Guangdian has halted production at the demand of the government, according to Liu Xixi, the project’s head of public relations.

Industry experts said that compared to large, established manufacturers, smaller companies would be especially hard-hit. Some smaller firms could go out of business within the next few months without a stable cash flow, Chen said.

The display panel market had showed signs of recovery at the start of this year as prices began to rise following nearly three years in the doldrums. According to Beijing-based research firm Sigmaintell Consulting, display panels with a size of 32 to 65 inches all saw their prices increase by around one or two dollars per unit in January.

Sigmaintell said the virus outbreak could push prices up further this month.