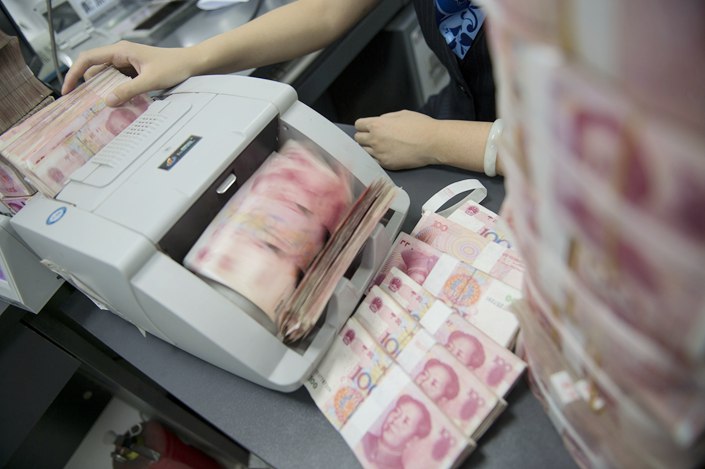 China will cut lending rates and eliminate fees and taxes for companies that make or sell urgently needed medical supplies and daily necessities, the State Council announced after a meeting on Wednesday, as the government steps up efforts to support enterprises at the forefront of the fight against the outbreak of the coronavirus that has now left 564 people dead on the mainland.

The measures are the latest in a series of actions announced by the authorities to boost domestic production of medical supplies and increase imports. A massive shortage of protective masks and suits persist on the front line as surging numbers of new infections add pressure on hospitals across the country.

The State Council also announced a reduction in value-added tax (VAT) for manufacturing companies that expand capacity to produce goods needed to help fight the epidemic. Revenue from transporting supplies of key epidemic-related supplies, public transport and daily services, and revenue from express deliveries will be exempt from VAT, registration fees for epidemic prevention medicines and medical products will be waived, and civil aviation companies will no longer have to pay into the civil aviation fund.

“The needs across the country for essential goods and medical resources must be met,” Premier Li Keqiang said at the meeting, according to the State Council statement. “We must make the key macro policy support well-targeted and extend it, as quickly as possible, to enterprises producing medical supplies and daily necessities and companies key to the economic development and people’s livelihood.”

The number of confirmed and suspected cases of the coronavirus, officially called 2019-nCoV, has soared, leaving hospitals and medical staff struggling to cope and desperate for medical equipment to keep themselves safe. Masks for the general public are also in short supply. By the end of Wednesday, Chinese authorities had confirmed a total of 28,060 infections, including 3,697 new cases reported on Wednesday. The number of suspected cases on the Chinese mainland has now risen to 24,702 after 5,328 new suspected cases were reported on Wednesday.

China’s foreign ministry on Monday put out an urgent call for international donations of medical supplies such as medical masks (link in Chinese), protective clothing and goggles. Premier Li Keqiang on Saturday called on the EU to facilitate the urgent procurement of medical supplies from member countries and on the same day, the State Council's Tariff Commission announced it would not impose additional tariffs on imports from the U.S. and eligible for new tariff exemption policies relating to the prevention and control of the novel coronavirus outbreak.

The reduction in lending rates is being undertaken under the central bank’s special-purpose relending facility, which comprises loans it makes to commercial banks in order for them to lend on the money for “certain objectives.” Commercial banks will be supported in providing loans to key enterprises in the production, shipment, and sales of essential supplies at a concessional rate, the State Council said. A 50% discount on interest rates will be financed through fiscal funds to keep the rate below 1.6%.

The rate is more than two-thirds lower than the one-year benchmark national loan prime rate (LPR) of 4.15% that was set on Jan. 20. The People’s Bank of China (PBOC) announces the national LPR rates on the 20th of every month.

The State Council’s announcement indicates the government is offering a significant cut in financing costs that could cushion losses for businesses who are at the forefront of the fight against the outbreak, said Zeng Gang, a deputy director of the National Institution for Finance and Development, a government-linked think-tank.

The favorable interest rate measure adds to the financial support already announced by the central bank. Pan Gongsheng, a deputy governor of the PBOC, said in an interview (link in Chinese) on Feb. 1 that it will offer 300 billion yuan ($43.3 billion) in funding to both national and local banks in virus-stricken Hubei province to provide low-interest loans to certain companies.

The State Council also called for government finance and auditing departments to strengthen supervision to ensure that funds are used properly and said that anyone found misappropriating funds should be severely punished.

In his Feb. 1 interview, Pan said that the PBOC, the National Development and Reform Commission and the Ministry of Industry and Information Technology have compiled a white list of enterprises involved in fighting the outbreak and which are in need of capital to make sure the low-cost funding is channeled to where it is needed most.

Some local authorities have made their own white lists and told banks to be proactive in approaching enterprises directly to offer low-interest loans, a person at a joint-stock bank with knowledge of the matter told Caixin. Banks have also been required to simplify and speed up the approval process to grant credit to such companies, especially enterprises that produce protective masks, suits and coronavirus test kits, the person said.

The State Council also called for the private sector to be “fully mobilized” to fight the epidemic and said support will be extended to businesses shifting production to contribute to the country’s response to the outbreak. Output of key medical supplies in high demand should be increased and any excess production will be bought up by the government to boost reserves.