Opinion: China’s Battle Against Coronavirus Could Still Go Either Way 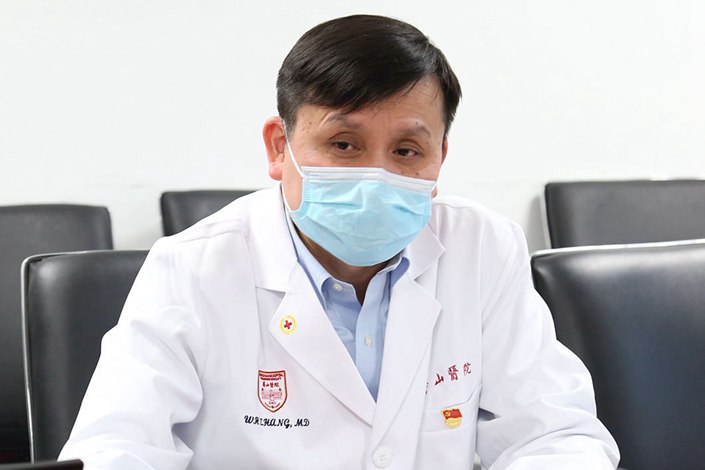 The Lantern Festival, which falls on Feb. 8 this year, is approaching, and the nationwide coronavirus epidemic does not appear to be under control. On the eve of the Lunar New Year, the battle against the outbreak began as brave medical teams from other cities entered Wuhan. The battle has since spread to the rest of the country, with the number of new infection cases yet to plateau.

I’ve predicted the outbreak will end in one of three ways.

Best-case scenario: Treatment of all patients will be completed in two to four weeks, and the national epidemic will be brought under control in two to three months.

Worst-case scenario: The virus sweeps across the world as controls fail.

Stalemate: The number of infection cases grows within a controllable range, and the battle goes on, possibly as long as six months to one year.

In the best-case scenario, we have comprehensive control over infection cases in Hubei, the central province around Wuhan, and have medical personnel from across the country come to provide support. Isolation of patients is effectively carried out. In all parts of the country, community and home quarantine is effective, and all “imported” cases are screened out.

Wuhan is in critical condition

It remains difficult to screen all infections and isolate all infected patients in Hubei, even though medical teams have arrived from across the country to provide support. Also, there might be new second- and third-generation infection cases, especially in the areas around Wuhan. That’s why the number of suspected cases is still climbing.

Read more
In Depth: How Wuhan Lost the Fight to Contain the Coronavirus

Meanwhile, a large number of suspected cases have accumulated in Hubei, and these cases need to be diagnosed in the coming two weeks. That is why the number of confirmed cases is still on the rise and the epidemic has not yet plateaued.

Judging from the number of new confirmed cases in Hubei, the growth rate remained high. The new cases in the province accounted for 81% of all new cases in China on Tuesday. In the province, areas near Wuhan have also shown signs that the virus continues to spread.

Therefore, it is unlikely that a plateau will occur in the near future, and the situation in Wuhan remains critical.

In response to this, the government has taken national measures, including holiday extensions, traffic controls, body temperature checks in public places, and a public education campaign.

Zhong Nanshan, a leading authority on respiratory health who came to national attention for his role in fighting severe acute respiratory syndrome, better known as SARS, told media on Sunday that these measures can effectively block the sources of infection and greatly reduce second- and third-generation infections. He also predicted that the outbreak might peak in the next 10 days or two weeks.

Wuhan has seen quite some efforts so far. A makeshift hospital called Huoshenshan has been built and put to use. The city is also setting up more makeshift hospitals to increase quarantine beds available for infected patients. So far, a stadium, a local exhibition center and a cultural complex have been converted into temporary medical facilities.

That said, the big fight against the outbreak in Wuhan has just started. At present, the number of confirmed cases is still rapidly rising, and some patients have not yet been diagnosed. It is estimated that the prevention and control measures will begin to take effect one or two weeks after those makeshift hospitals are fully put into use and all infected patients are quarantined.

If the vast majority of confirmed patients are admitted and all mild cases are quarantined for observation or treatment in a timely manner, then we can expect what Zhong has called a plateau and a turning point. It is “the darkest time before the dawn” at the moment.

Outside Hubei, the incubation period of the first batch of imported cases will end in two weeks, and the epidemic will enter the second stage: the onset of local second-generation cases.

Therefore, at this stage, all major hospitals across the country must work closely with disease control centers to improve screening for the disease. If the screening of local cases fails, a prime opportunity to control imported infections will be lost.

At present, we still need to wait another week to see the results of the first stage of prevention and control measures. If there’s no sign of a turning point, it means that the situation remains critical, and returning to life as normal — such as by reopening schools and workplaces — might only serve to continuously boost the number of second-generation cases.

Zhang Wenhong is the leader of a Shanghai medical treatment expert team targeting the new coronavirus, and director of the infection division of Huashan Hospital.