In Depth: Tracing the Coronavirus’s Origins 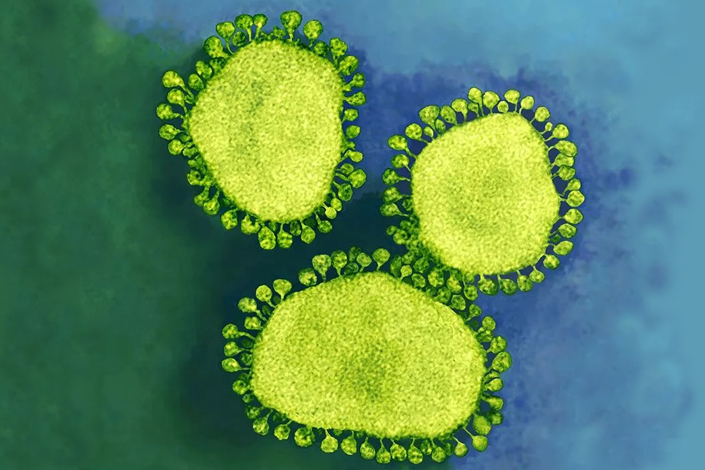 This is the third part of Caixin’s exclusive four-part in-depth report on China’s fight against the coronavirus outbreak. Please click here to check out part 1 and part 2.

Viruses exist in a gray zone between life and death.

They appear to be alive when they reproduce, but on the other hand, they operate more like machines than living things — That is how author Richard Preston described viruses in his bestselling book about the Ebola virus, “The Hot Zone.”

One day in December 2019, this new coronavirus found its way into the lungs of several Wuhan residents. It remains unclear exactly how that happened, but the virus then began to replicate furiously. The infected people fell sick, experiencing symptoms like fever, fatigue, coughing and shortness of breath.

Chest scans of the patients showed the typical characteristics of viral pneumonia. Some patients recovered after one or two weeks of medical treatment, as if they had just come down with a bad cold. But for some middle-aged or elderly patients with a weak constitution, the disease grew more serious, and even fatal. Some patients died of respiratory failure caused by the virus or other complications.

Medical experts agree that the virus is highly infectious. Evidence so far suggests it is mainly transmitted via respiratory droplets and close contact, according to a statement (link in Chinese) from the Chinese Center for Disease Control and Prevention. The virus has spread to every provincial-level region, including Hong Kong, Macao and Taiwan, and to at least 24 other countries as of Wednesday. The number of confirmed cases in China has far surpassed the SARS outbreak of 2002 and 2003, surging past 24,000 as of Wednesday. Yuen Kwok-yung, a leading microbiologist in Hong Kong, observed that it is “incredibly easy” for the virus to spread between distant cities. He also worried about the virus’s “very high rate of transmission in family clusters.”

During the virus’s incubation period, which is thought to be up to 14 days, it can infect others, National Health Commission head Ma Xiaowei said at a briefing last week. “The virus seems to be getting more infectious,” he said.

The good news is that evidence so far indicates that the new coronavirus is not as deadly as SARS. The case fatality rate — the number of people who die as a share of how many contract the disease — is around 2.1% (link in Chinese), far less than that of SARS, which killed about one in 10 people it infected.

Like many other deadly viruses such as SARS, MERS and Ebola, there is no effective antiviral treatment for the novel coronavirus. Antibiotics cannot kill viruses. Because bacteria have a cellular structure, antibiotics can destroy their cell walls or cell membranes to inhibit reproduction, but they have nowhere to attack viruses, which do not have a cellular structure.

For a new virus, it can take years to develop a specific drug or vaccine. Sometimes one never comes. In “The Hot Zone,” Preston said that the spread of every new virus into the human community is like an echo of a decaying biosphere. For deadly viruses like HIV, Ebola, and Dengue, they originally lived in the wilderness, but human activities destroyed the ecosystem that they needed to survive.

In a sense, the earth is initiating an immune response to humans, he said.

For every virus outbreak, two crucial questions must be answered in order to stop it: What is the virus? And where does it come from?

For the new coronavirus, medical experts in China quickly answered the first question, but the second remains a mystery.

Shortly after the epidemic emerged in December, health authorities ruled out respiratory pathogens such as ordinary flu, bird flu, SARS and MERS, calling it “viral pneumonia of unknown cause.”

On Jan. 7, a Chinese research team detected a new type of coronavirus in samples from infected patients and mapped its entire genetic sequence. They managed this just one week after the health authority in Wuhan, the epicenter of the outbreak, told the public about the emergence of an outbreak of a mysterious pneumonia. During the SARS epidemic, it took researchers months to determine that the cause of the disease was a type of coronavirus.

Another research team then shared the genome of this new coronavirus on virologic.org and Genbank, a genetic sequence database. “Preliminary identification of a novel virus in a short period of time is a notable achievement and demonstrates China’s increased capacity to manage new outbreaks,” the World Health Organization’s (WHO) representative to China, Gauden Galea, said in a statement on Jan. 9. The WHO has temporarily named the virus “2019-nCoV.”

Coronaviruses are a group of RNA viruses that infect mammals and birds. The name is derived from the Latin “corona,” meaning crown or halo, which refers to the characteristic appearance of the virus particles, which have a fringe of spike proteins that resemble a royal crown. These allow the virus to bind with receptors on the membranes of host cells in the body to infect them.

Besides 2019-nCoV, there are six known coronaviruses that infect humans. Four of them cause the common cold, but the other two, which cause SARS and MERS, can be fatal.

During the first days of the outbreak, health authorities gave little indication that an emergency was coming. On Jan. 11, the Wuhan Municipal Health Commission issued a statement (link in Chinese) confirming the first death, but adding that “no new cases have been found since Jan. 3. No medical staff have been found to be infected, and no strong evidence of human-to-human transmission has been found.” By Jan. 15, the Wuhan health bureau had changed its tune, saying “the possibility of limited human-to-human transmission cannot be ruled out.”

However, on Jan. 20, Zhong Nanshan, one of China’s best-known epidemiologists, gave cover to many experts by saying publicly what many were only saying in private — that the virus could be passed between humans. The authorities took criticism online, with experts and others accusing them of either negligence or a cover-up.

Searching for the origin

Initial cases in the outbreak were linked to Wuhan’s South China Seafood Market, which sells seafood and wild animals. Experts believe that the first victim of the virus was infected by a wild animal, but don’t know what kind.

As researchers study the virus’ genome and other clues, mining its origins, they have solved some mysteries, but many answers have only led to more questions. Researchers found that the novel conoravirus bears a striking resemblance to the SARS virus. Based on the new virus’ genetic sequence, it can be preliminarily determined that there is an 80% similarity between the novel conoravirus and SARS, said Zhu Huachen, an associate professor at Hong Kong University.

Hu Bijie, a deputy head of the Shanghai Institute of Respiratory Diseases, said it was like a “sibling” of SARS.

One unpublished study found that the new coronavirus uses the same cellular entry receptor as SARS. That suggests that authorities can employ the same methods to fight the virus as they used to fight SARS 17 years ago, said a researcher at the Chinese Academy of Sciences (CAS) who asked to remain anonymous.

The paper, written by a team of researchers at CAS’s Wuhan Institute of Virology, also suggested that bats could be the virus’s natural host — the organism in which a virus can complete its development. The paper showed that 2019-nCoV’s genome is 96% identical to a coronavirus found in a species of bat living in Southwest China’s Yunnan province.

In 2017, after years of research in bat caves, the same team found that the SARS coronavirus also originated in bats — a mammal with a powerful immune system that can allow many viruses to survive in their bodies without killing them.

Questions yet to answer

Finding the natural host of the virus is only half the answer to the question “where does the virus come from?” In the battle against the virus, it is more important to figure out which animal or animals can serve as the intermediate host. An intermediate host does not naturally carry a particular pathogen, but it can be infected and then spread the pathogen to humans. Finding this intermediary is necessary to cutting off the path of infection.

However, scientists have found it difficult to figure out the intermediate host of the novel coronavirus because the epicenter of the epidemic, the seafood and wild animal market, was shut down and cleaned out shortly after the outbreak.

Many researchers were unable to collect environmental samples at the market. If such a location has been damaged and the samples of wild animals in the market not collected in a timely manner, the intermediate host can only be found through large-scale screening of wild animals, said Li Yize, a researcher at the University of Pennsylvania. “It’s extremely difficult,” he told Caixin.

But new evidence has surfaced, putting the link between the marketplace and the outbreak in dispute. According to a paper published by researchers in The Lancet, a British medical journal, the first known patient infected by the new coronavirus had no links to the seafood market. After studying the first 41 infected cases, they found that 14 other patients were also unconnected to the market.

Daniel Lucey, an infectious disease specialist at Georgetown University, said in an article in the journal Science that the data suggest the seafood market is not the origin. He contended that “it was already circulating silently among humans before it contaminated the seafood market, possibly by infected animals, humans, or both.” Nonetheless, most experts agree that the market played a role in the early spread of the virus.

In a paper published on Jan. 22 in the Journal of Medical Virology, researchers postulated that snakes could be the intermediate carriers that passed the virus to humans. But other experts questioned the researchers’ methods and doubted their conclusion.

Cao Bin, one of the authors of The Lancet article, told Science that it now seems clear that the seafood market was not the only origin of the virus. “But to be honest, we still do not know where the virus came from now,” he said.

The origin of the virus is more than a mere curiosity, disease ecologist Peter Daszak of the EcoHealth Alliance said in another Science article. “If we don’t find the origin, it could still be a raging infection at a farm somewhere, and once this outbreak dies, there could be a continued spillover that’s really hard to stop,” he said.

Other questions that need answering include how the virus causes the disease, how the disease develops and whether the virus could mutate. Experts expect weeks or months of research are needed to understand more about it.

It is like a gamble to forecast whether the novel coronavirus could mutate, Dirk Pfeiffer, a health professor at City University of Hong Kong, told Caixin last month. Although it could mutate, it would be difficult for it to quickly transform into a more contagious and deadly virus, he said.