It’s Too Early to Get Excited About Gilead’s New Coronavirus Drug, Experts Say 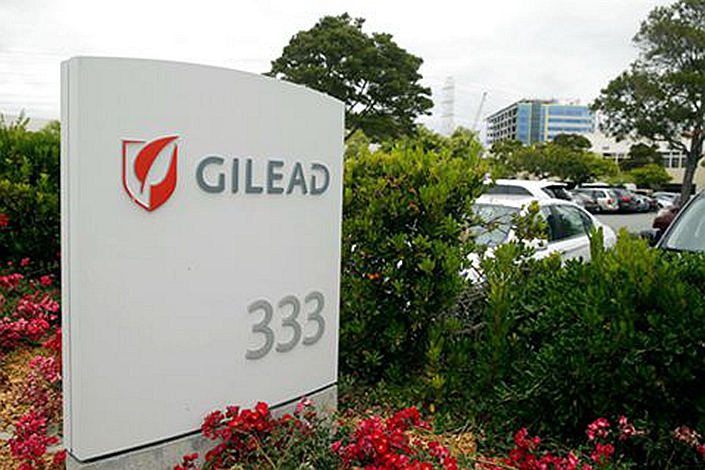 Shares in American biotech company Gilead Sciences Inc. climbed to a more than six-month high this week on news that it had been given the green light to start human trials of an experimental antiviral drug on coronavirus patients in China.

The pharmaceutical and life sciences sector has been closely watched as companies rush to develop treatments for a viral infection that, if the figures are to be trusted, turns severe in about one in every five people who catch it.

But showy trials and commitments aside, just how close are we to an effective treatment for the disease that Chinese authorities say has infected tens of thousands and killed more than 600?

Experts say Gilead’s drug remdesivir looks promising, but that it’s far too early to get excited.

When trying to combat a new disease, doctors and drugmakers consider a handful of options.

The gold standard is no treatment at all — it’s a vaccine that stops people getting the disease in the first place by preparing their immune system to fight it off. But getting one tried, tested and up and running would take at least a year or two, said Allen Cheng, who leads the Infection Prevention and Healthcare Epidemiology unit at Alfred Health in Melbourne, Australia.

As early vaccine development goes on in the background, two approaches remain: repurposing existing drugs already on the market, and pushing experimental ones into trials.

In the first category is lopinavir/ritonavir, a combination drug sold by AbbVie Inc. as Kaletra or Aluvia, which works by preventing certain viruses from replicating and is currently used to treat HIV. China’s National Health Commission approved its off label use to treat the new coronavirus late last month.

Such has been the interest in Kaletra that it has apparently prompted people in China to hoard the drug, Reuters reported.

Existing drugs are the “lowest hanging fruit,” Cheng said. They’ve already been through human trials and we know they won’t kill people just based on their toxicity, he said. “But it’s far from clear whether Kaletra actually works (on coronavirus) or not.”

Tony Cunningham, an expert in antiviral drugs and HIV treatment at Westmead Hospital in Sydney, which is treating Australian coronavirus cases and has grown its own version of 2019-nCoV for testing, had significant doubts about the usefulness of Kaletra. “It’s by no means certain that the protease inhibitors (like Kaletra) that are being used will be active against any of these coronaviruses. It’s probably more a move of desperation than one that’s been carefully considered,” he said.

Kaletra and remdesivir are both small molecule drugs that would in theory work by disrupting how the coronavirus reproduces.

Another approach is immune-based therapies, which use the antibodies that our bodies produce to fight infection. They include convalescent serum, taken from blood harvested from someone who has survived an infectious disease, treated and then given to a sick patient to protect them.

If researchers can work out which antibodies work on the virus, they can synthesize them in the lab at a large scale, producing monoclonal antibodies. That’s what U.S. biotech company Regeneron Pharmaceuticals Inc. is doing in collaboration with the U.S. Department of Health and Human Services, the department announced Tuesday.

Ian Mackay, a virologist at the University of Queensland in Brisbane, said convalescent serum, “seems to keep rearing its head every time an outbreak happens now,” but that it may not be a realistic option in this case. He said the treatment suffered in early days from not having enough clinical trial data, and when it was tried for Ebola and MERS, “it just didn’t really show fantastic effect. And it was hard to come by.”

Mackay said the ideal option to fight coronavirus would be something able to be produced at scale, like an antiviral.

Cunningham thinks Gilead’s drug shows the most promise at this point. It has done well in laboratory trials against SARS and MERS — other coronaviruses. On Tuesday, a paper published in Cell Research showed the drug was effective at killing 2019-nCoV in the lab.

But though there is more evidence of remdesivir’s effectiveness than Kaletra’s, it is nonetheless light. Lab equipment cannot replicate the human body, and mice and monkeys are not people. In the headline case of remdesivir being used to treat someone in the state of Washington in the U.S., it was administered when the patient was already starting to improve, according to the New England Journal of Medicine article which described it. “They make the point that they really can’t comment on just how effective this has been,” Cunningham said. “But it’s certainly worth trying.”

Remdesivir has not been approved anywhere to treat any condition. But it has been tested on a small number of people, so its impact on the human body is not completely unknown.

“It’s important that you compare it against something so that you know conclusively whether it works,” Cheng said. “We don’t really know what happens if you don’t treat (2019-nCoV). Some people seem to get really mild illness and get better by themselves, and some people get really sick and progress.” That makes it hard to tell whether someone has improved because of a drug, or if they would have healed on their own. You also don’t want to risk unintended side effects of an experimental drug killing people, especially if they may have ended up improving anyway

Cunningham said there were other issues too. “There’s a 10% mortality of the new coronavirus once you’re hospitalized, so the ethical issues of conducting a controlled trial when you’ve got nothing else are really very difficult,” he said.

Cheng said more people could be randomized to receive the treatment than the placebo. Or “adaptive randomization” could be used, where patients are assigned treatment over the course of the study based on which treatment is succeeding on patients already in the trial, “like a self-learning system,” he said.

Cao Bin of Beijing’s China-Japan Friendship Hospital is leading the remdesivir trial, conducted by the Ministry of Science and Technology at several Wuhan hospitals, including Wuhan Jinyintan Hospital, according to Chinese state-run Xinhua News Agency. A total of 761 patients have been enrolled in the trials, which will be randomized, double-blinded and placebo controlled.

Things took a strange turn this week when the Wuhan Institute of Virology announced it had applied to patent the use of Gilead’s drug to treat 2019-nCoV, raising prospects of an intellectual property fight.

In a statement, the Wuhan Institute of Virology said it had applied for the patent on Jan. 21 with a military laboratory, but did so to “protect the national interest.”

A Gilead spokesman said the company was aware of the patent application but that “Gilead has no influence over whether a patent office issues a patent to the Chinese researchers.” The company would not comment on the application because there was an 18-month delay for it to be published, it said. “Our focus at this time is on rapidly determining the potential for remdesivir as a treatment for 2019-nCoV and accelerating manufacturing in anticipation of potential future supply needs.”

“We believe any discussion of compulsory or other types of licensing is premature. We have not had any discussions with authorities about supply, manufacturing costs or remuneration for Gilead,” the statement said.

Karen Andersen, a biotechnology analyst at Morningstar, told Caixin it was very hard to say whether Gilead’s prior patent would prevent the new one at Wuhan Institute of Virology from being issued. “The urgency of the situation likely makes patent issues (which are normally very confusing) even harder to speculate on,” she said.

She said aside from Gilead, companies like Roche, which has developed an as-yet unapproved test for coronavirus, and manufacturers of preventive medical supplies such as masks, soaps and hospital grade saline solution could see financial tailwinds. But she said when it comes to treatments and vaccines, the timeline for regulatory approval makes things “highly uncertain.”

Whether remdesivir will be approved to treat significant numbers of patients during this outbreak is unclear, but Gilead could benefit from it being stockpiled for future outbreaks, she said.