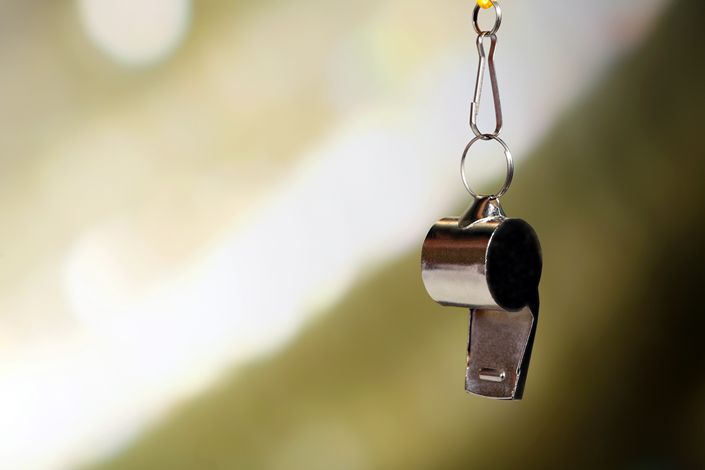 In a notice saying that the city had several cases of “viral pneumonia of unknown origin,” Wuhan’s municipal health commission stressed that “no unauthorized work unit or individual may publish treatment information.” Photo: IC Photo

Two more Chinese doctors have said they were reprimanded by police for trying to warn others in the early days of the deadly coronavirus outbreak in the stricken central city of Wuhan, as public outrage continues over the death of the whistleblower doctor Li Wenliang.

Their comments indicate that official attempts to stifle information about the emergence of the virus extended beyond Li, who died Friday from the disease. After trying to notify other medical professionals of the pneumonia-causing pathogen, police in Wuhan hauled Li in for a middle-of-the-night scolding and had him sign a document promising not to spread “rumors” online.

Liu and Xie told Caixin they had also experienced run-ins with local police.

On Dec. 30, a leaked notice from Wuhan’s municipal health commission circulated widely on Chinese social media, saying that the city had discovered several cases of “viral pneumonia of unknown origin” and stressed that “no unauthorized work unit or individual may publish treatment information.”

The same day, a number of doctors in Wuhan sent messages in group chats on instant messaging platform WeChat warning fellow medical professionals about the disease. Screenshots from the chats were then shared widely.

Also on Dec. 30, after reading an online post from a trusted fellow doctor, Liu posted a message in a work WeChat group mentioning the diagnosis of a patient with a mysterious viral pneumonia and speculated whether the area around the seafood market thought to be the center of the outbreak would be quarantined.

“To our nursing colleagues: Don’t go wandering around down there,” he warned.

The following day, Liu was called in for a talk with his employer, who grilled him on the source of the information. Around Jan. 2, he says he was summoned (link in Chinese) to a local police station, where police questioned him further and had him sign a statement.

Liu said the experience has affected his work. “I feel quite a lot of pressure on the job, but that goes away when I get home, as long as I don’t think about it too much,” he said. He continues to treat patients on the front line of the epidemic.

Xie, meanwhile, told Caixin (link in Chinese) she sent a message into a WeChat group out of a desire to “raise everyone’s vigilance a little” over the outbreak. She told Caixin that after screenshots of her message were posted elsewhere, she received a phone call from the Wuhan police, who subjected her to “verbal education” — a euphemism for an official tongue-lashing. Although the police gave Xie no specific punishment, they warned her against spreading “false information.”

On Feb. 1, Li, an ophthalmologist, wrote on social media that he had contracted the coronavirus, likely as a result of treating patients. His death at 34 has triggered an ongoing wave of public anger and mourning.

As of Sunday, China’s top health authority had reported (link in Chinese) more than 40,000 coronavirus infections and 909 deaths.