By Flynn Murphy and Zhang Erchi 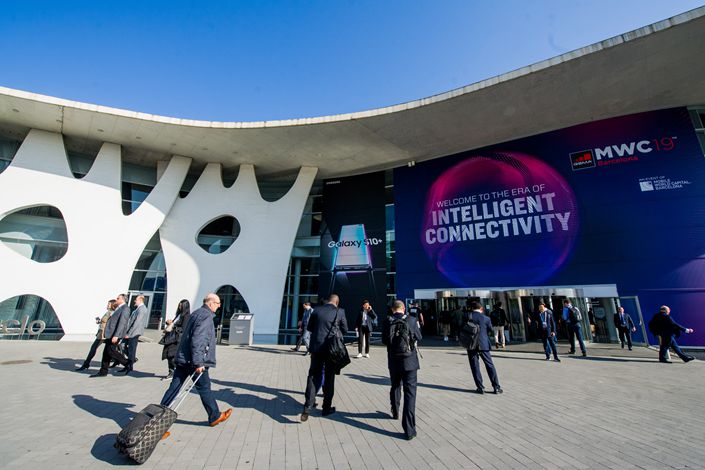 Device-makers big and small flock to the conference each year to show off their latest networking equipment and wireless gadgets at what many in the industry consider a must-attend event. Photo: IC Photo

Huawei and ZTE are among the Chinese companies still planning to attend the world’s biggest annual telecoms show in Barcelona this month, even after a string of international brands have pulled out citing coronavirus fears, and the organizer announced strict controls on guests from China.

The organizer of the four-day Mobile World Congress insists it will go ahead as planned from Feb. 24 despite a raft of international brands including Amazon and Ericsson withdrawing over concerns about the new disease that has spread beyond China to more than 20 other countries.

Device-makers big and small flock to the conference each year to show off their latest networking equipment and wireless gadgets at what many in the industry consider a must-attend event. Traditionally a conference for telecom companies, it has in recent years become a hot place for makers of smartphones and other devices to debut new models to its 100,000 attendees.

South Korea’s LG was one of the first companies to get the jitters when it announced on Feb. 5 that it would not attend in order to avoid “exposing hundreds of LG employees to international travel which has already become more restrictive as the virus continues to spread across borders.”

Headliner Ericsson withdrew on Friday when it issued a statement citing an internal risk assessment, calling the choice “very unfortunate” but “the most responsible business decision.” It acknowledged GSMA’s risk control measures but said it had “thousands of visitors in its hall each day and even if the risk is low, the company cannot guarantee the health and safety of its employees and visitors.”

That prompted an official response from international mobile network operator industry group GSMA, which runs the conference, expressing regret at the decision, but noting the company's commitment to attend next year. “Ericsson’s cancellation will have some impact on our presence at this time and will potentially have further impact,” the GSMA said Friday.

Amazon, Nvidia, and Sony were among the next to announce they would not be sending anyone. Sony said it would instead showcase new products in a YouTube livestream. Intel and Vivo followed on Tuesday.

GSMA acknowledged the disruptive nature of the virus outbreak, particularly on the 5,000 to 6,000 visitors from China that were expected to attend, but insisted the show would go on and pledged to implement a raft of additional health measures in a statement Sunday.

Visitors will not be allowed in if they have been in China in the prior 14 days, with passport stamps and health certificates required as proof. There were questions about the timing of that announcement, made some 15 days before the event, prompting Chinese companies that did not anticipate the measure to scramble to send staff to Europe ahead of the deadline. GSMA recommended but did not mandate Chinese guests do so in a statement on Feb. 6.

Huawei, Xiaomi, Lenovo, and Oppo are among the Chinese companies that have confirmed to Caixin they plan to hold their scheduled press events, while ZTE and many other Chinese companies have cancelled press events but will still exhibit their goods. Caixin understands contingents from Huawei, ZTE and Oppo are already in Europe self-isolating in preparation for the exhibition.

Conference guests will have their temperatures checked, microphones will be changed and disinfected between every speaker, and attendees will be told to adopt a “no-handshake policy,” GSMA announced Sunday. Medical help and a range of other sanitation measures will also be on hand.

“While the GSMA confirm some large exhibitors have decided not to come to the show this year with others still contemplating next steps, we remain more than 2,800 exhibitors strong,” the organizer said.

It is not yet clear whether an annual Mobile World Congress event scheduled for June 30 in Shanghai will go ahead.