By Liu Yanfei and Guo Yingzhe 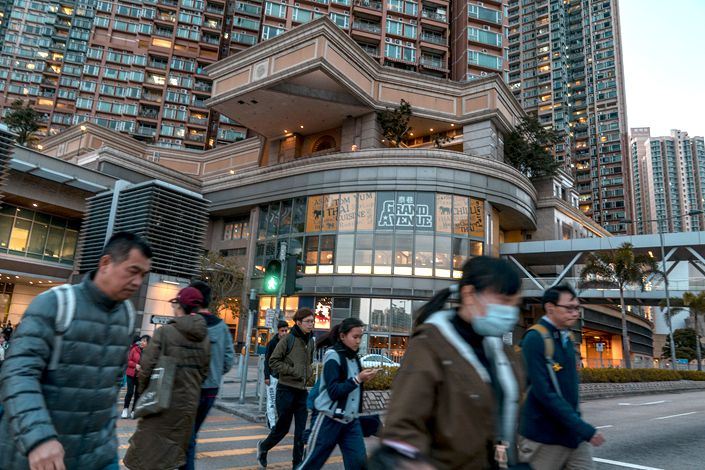 A new case of the novel coronavirus was confirmed in a woman who lives 10 floors below a patient diagnosed last month, sparking fears that the deadly virus is spreading through the building.

On Monday, a 62-year-old woman who had developed a cough a week earlier was confirmed to be infected with the coronavirus, Wong Kai-hing, the controller of the Hong Kong Centre for Health Protection, said at a briefing Tuesday.

The woman lives in the same apartment building in Hong Kong’s New Territories as a 75-year-old man who was confirmed to be infected with the coronavirus on Jan. 31, Wong said.

Hong Kong’s government has evacuated the building and quarantined some of its residents who had, or may have had, close contact with the confirmed cases. Four of those residents have developed symptoms and have been hospitalized for treatment, a local health official said Tuesday (link in Chinese).

The case has especially rattled Hong Kong residents because of a similar case that occurred in the city during the epidemic of severe acute respiratory syndrome (SARS) early last decade. In March 2003, a man who unknowingly had been infected with the SARS virus visited relatives in their apartment in Hong Kong’s Kowloon Bay. During his visit, he used the bathroom, allowing the virus to spread down the building’s drainpipe to other apartments. More than 300 people ended up infected, 42 of whom died, making it the most seriously affected residential community in Hong Kong.

For the latest cases, Hong Kong’s health authorities plan to investigate whether there could be environmental factors involved, an official statement said Tuesday. Yuen Kwok-yung, a leading microbiologist in Hong Kong, said at the briefing that the new coronavirus could have been spread through the apartment’s drain pipes into the bathroom of the latest infected person.

Scientists on the Chinese mainland have detected that the excrement of some confirmed patients tested positive for the novel coronavirus. However, they need to do more research to determine whether the virus can be passed through excrement, said a researcher from the China Center for Disease Control and Prevention at a briefing on Feb. 2.

The virus could also have been transmitted if the two residents crossed paths in the elevator or on the street, Tse Chin-wan, a deputy director of Hong Kong’s Environmental Protection Department, said at the briefing.

Authorities planned to thoroughly clean and disinfect the building, the statement said.

As of press time Tuesday, Hong Kong has reported 49 confirmed cases of the new coronavirus, including one death.