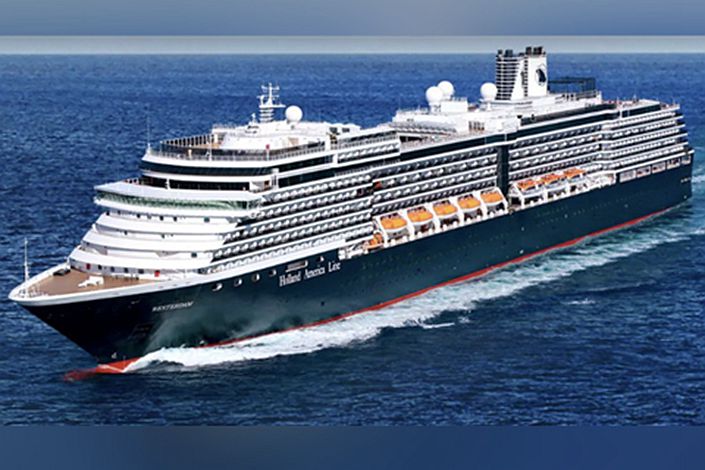 The Westerdam arrived in Cambodia on Thursday after being refused permission to dock by five regional and national governments.

After a week afloat in limbo in international waters, a cruise ship that has been turned away by multiple territories despite reporting no cases of the new coronavirus among anyone on board has docked in Cambodia.

The Westerdam, which carries 1,455 guests and 802 crew, arrived Thursday in the Southeast Asian country’s southern coastal city of Sihanoukville, and local officials have boarded, its U.S.-based operator Holland America Line said in an email.

“Guests will disembark in Sihanoukville over the next few days and transfer via charter flights to Phnom Penh for forward travel home,” the company announced earlier on its website, referring to the nation’s capital. “All approvals have been received and we are extremely grateful to the Cambodian authorities for their support.”

The Westerdam’s ingress follows a week of uncertainty after the ship’s voyage, which began Feb. 1 in Hong Kong and was set to include stops in Taiwan and Japan over a span of 14 days, was cut short on fears of a spreading coronavirus, now named COVID-19 by the World Health Organization. Officials in Japan, Taiwan, the Philippines and the U.S. territory of Guam barred the vessel last week from their respective ports due to fears that those aboard could be infected by COVID-19.

The government of Thailand, which gave permission earlier this week for the ship to berth in Bangkok, rescinded the offer as it made its approach.

Holland America maintains there have never been either confirmed or suspected cases of COVID-19 aboard the Westerdam.

Yokohama, a port city south of Tokyo where the Westerdam was first slated to conclude its voyage, is currently host to another cruise ship, the Diamond Princess, which had confirmed 218 cases of COVID-19 as of Thursday. The Diamond Princess has been under quarantine since its arrival in Yokohama on Feb. 1.

Japan’s health ministry announced (link in Japanese) Thursday that while testing for infections aboard the Diamond Princess continued, it was starting to allow the elderly and those staying in rooms without windows to leave the ship and move to accommodations provided by the government if they tested negative for the virus.

Covid-19, which has killed nearly 1,400 people worldwide as of Thursday, is not recognized as an epidemic (link in Japanese) in Japan.