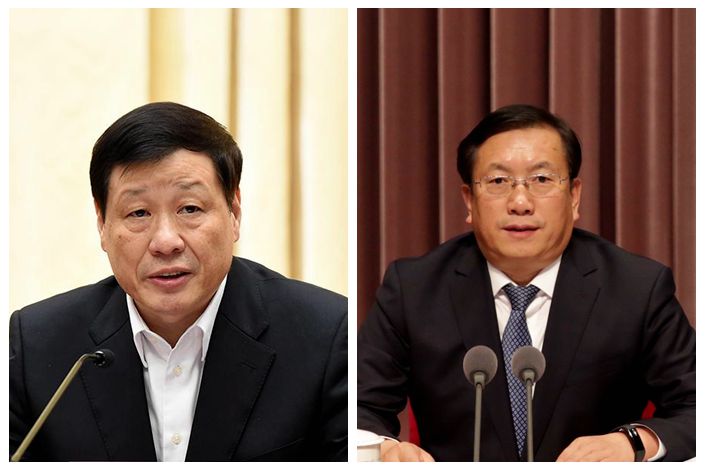 In a formidable campaign across China to discipline officials who have mishandled the coronavirus outbreak, Beijing has removed and replaced two top party heads in Central China’s Hubei province, the epicenter of the crisis, according to state media reports on Thursday.

Jiang Chaoliang, party chief of Hubei, has been replaced by Shanghai Mayor Ying Yong, and Ma Guoqiang, party chief of Wuhan, the provincial capital, has been succeeded by Wang Zhonglin, party secretary of Jinan, East China’s Shandong province, state media said. It did not elaborate on the details.

Hubei authorities have been criticized fiercely for not having responded to the deadly virus in the early stage of the outbreak, which, as of Thursday, had killed 1,368 people and infected more than 50,000 in China.

The shakeup followed a huge surge of confirmed infections in China on Wednesday, with most of the cases in Hubei. It came after the nation’s health authority implemented a new criterion that allowed Hubei to use CT scans, in addition to nucleic acid tests, to confirm infection cases in the province.

It also followed the sacking on Tuesday of two top health officials in Hubei — Zhang Jin, party chief of the Hubei Health Commission, and Liu Yingzi, provincial health commission director — over their flaws in responding to the epidemic.

In a Communist Party Politburo Standing Committee meeting on Wednesday in Beijing, Xi Jinping, general secretary of the Chinese Communist Party Central Committee, demanded resolute efforts to “win the peoples war” against the epidemic, according to the state-owned Xinhua News Agency.

Those who disobeyed the unified command or shirked responsibilities would be punished, Xi said, and party and government leaders supervising them would also be held accountable in severe cases, according to Xinhua.