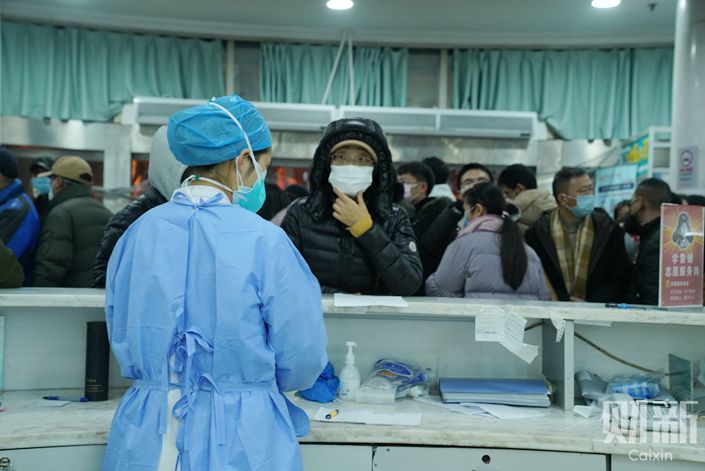 Chinese authorities have played down a dramatic jump in confirmed cases of Covid-19 in Hubei province, saying most of the over 14,000 cases added overnight came from changed diagnostic criteria that allowed chest x-rays to be used alongside standard laboratory tests.

The increase, announced Thursday morning, raised concerns in China and beyond that the situation in the region worst hit by the epidemic had deteriorated significantly, after the growth of new cases showed a promising decline in recent days.

The Hubei provincial health commission said in a statement Thursday (link in Chinese) that the spike was due to a change in diagnostic guidelines issued by the central government to ensure patients were treated promptly.

The change, issued in the fifth edition of the National Health Commission’s treatment and diagnostics plan (link in Chinese) on Feb. 5, only applies to Hubei. Authorities said they rechecked the province’s suspected cases using the new criteria and redefined some as confirmed cases. Hubei added 14,840 new cases on Wednesday, and 13,332 came from a clinical diagnosis, the statement said.

Even so, the province recorded 9,028 suspected cases as of Wednesday, down from 11,295 on Tuesday.

Under previous criteria, a diagnosis of Covid-19 needed to be confirmed by lab tests, specifically a nucleic acid test performed on swabs from a patient’s respiratory tract or blood. Medical staff say the tests have sometimes failed to diagnose people with the disease, with patients who tested negative later found to be infected.

“Experienced doctors all know that loopholes exist in nucleic acid testing,” said a radiologist at one of Wuhan’s top hospitals who asked not to be identified.

Such “false negatives” can be caused by tests that are not sensitive enough, as well as issues in transporting and handling samples and with the quality the samples themselves.

Doctors have also told of pressure on labs and a lack of testing resources in the province. Hospitals in Hubei have suffered from a shortage of test kits, medical staff and supplies.

Patients who have not been tested rapidly, or who returned false negatives, have missed out on timely medical treatment — even where chest x-rays suggested they had viral pneumonia. There have also been fears that people who recorded false negatives and returned to their families and neighborhoods have contributed to the virus’s spread.

Social media has been flooded with stories of people who suspect they have the virus calling for assistance, and an unknown number of patients may have died without ever being diagnosed with the disease.

The proposal to include the use of CT scans, a type of chest x-ray, as a major diagnostic tool for Covid-19 is believed to have come from doctors and other experts in Hubei.

Today’s jump in new cases coincided with the firing of two top Hubei health officials, and followed a visit from Chen Yixin, the deputy head of a crisis team sent to the province by China’s central authorities.

Chen said Wednesday (link in Chinese) that the actual number of infected residents in Wuhan was not known. “Estimates from relevant authorities show that the number of potential infections in Wuhan may still be quite large,” he said.

It remains unclear why it took a week for the Hubei health authority to alter its calculations after China’s National Health Commission revised its diagnosis standards.