Opinion: Why Hong Kongers Are Getting Robbed for Toilet Paper 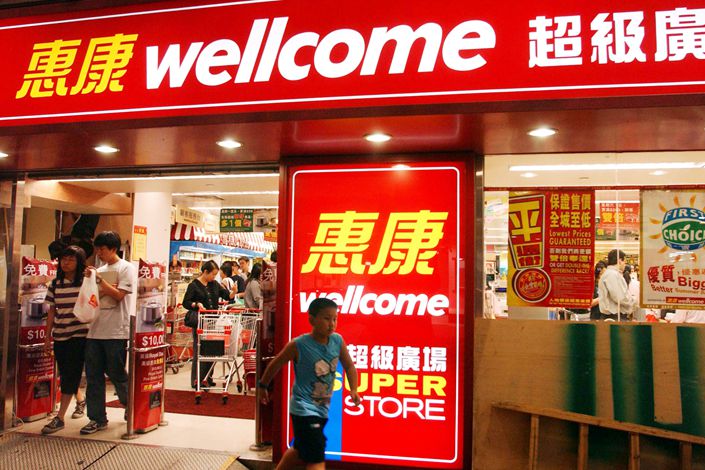 Fighting for rice and toilet paper in supermarkets continues every day in one of the world’s greatest financial centers. Photo: IC Photo

Toilet paper has become a target for thieves in Hong Kong, and a supermarket in Mong Kok neighborhood was robbed of more than 600 rolls this morning. Shortly after 6 a.m., a deliveryman brought a pallet of toilet paper to the door of a supermarket and was robbed at knifepoint by three men. Police have opened an investigation into the theft of about 2,000 yuan ($286) of sanitary tissue, but no suspects have yet been taken in.

As the coronavirus outbreak grows in Hong Kong, the public continues rushing to hoard toilet paper and other daily necessities. Hong Kong and Macao, both special administrative regions of China, have come up with different answers to the coronavirus epidemic. If you gave Macao an A on this test, how would you score Hong Kong?

Perhaps you would say they aren’t comparable, as Macao’s economy is much smaller, with its population one-tenth the size of Hong Kong’s. But since Macao’s new Chief Executive Ho lat Seng took office at the end of last year, Macao’s image as the poorer sibling has changed, especially amid the coronavirus epidemic.

President Xi Jinping said that this will be a test to identify the best leaders. Hong Kong and Macao are no exception. After more than six months of social turmoil in Hong Kong, the arrival of the coronavirus is a true black swan event. It was thought that Hong Kong, with its experience from SARS and advanced medical technology, would be well-prepared for the big test, and that Hong Kong Chief Executive Carrie Lam might even be able to salvage some goodwill in the process. But that has not come to pass, and the city’s response has disappointed.

Fighting for rice and toilet paper in supermarkets continues every day in one of the world’s greatest financial centers, not to mention the hoarding of face masks and disinfectant. You would not expect to see these scenes in such a global city, shocking observers on the Chinese mainland and overseas as Hong Kongers panic more than those in the heart of the epidemic.

Persistent efforts by Hong Kong government and businesses to bust rumors have not helped. The public has lost confidence in the authorities, just as social media has grown stronger than ever. Amid the social turmoil of the last six months, traditional media credibility has been almost entirely wiped out by biased reporting.

In addition, the larger Chinese-speaking world has embraced the idea of being “born into distress and dying in peace.” This has been amplified by the current epidemic in combination with an array of conspiracy theories and some level of destructive paranoia among some Hong Kongers, sparking such incidents several times toward the end of last year.

The Hong Kong government “woke up early but went to the market late” in its fight against the disease. On Jan. 4, when Wuhan reported that its number of confirmed cases had increased from 27 to 44, the Hong Kong government immediately activated its “serious” response level and set up a steering committee to manage interdepartmental coordination, one of the earliest governments to take such measures.

But by Jan. 23, as Hong Kong and Macao confirmed their first cases, epidemic prevention measures in the two places had diverged. Compared with Macao’s decisive action, the Hong Kong government was being pushed around by public opinion, with Hong Kongers urging their lagging government to enact border controls like they were squeezing out a tube of toothpaste.

With the spread of the disease making control of community transmission a top priority, Ho lat Seng announced on Feb. 4 that he would suspend gambling and related entertainment businesses for half a month. With the Hong Kong government choosing not interfere with companies’ operation, Carrie Lam touted Hong Kong as a free society.

Perhaps it is the myth of freedom or an obsession with small government, but Hong Kong authorities have done little to educate the public. In Hong Kong you can now see unimaginable scenes: crowds queuing to buy face masks at night next to people gathering over hotpot. Do they care about the epidemic or not?

Logistics are even more problematic. On Jan. 22, the Macao government said it had purchased 20 million masks for residents, with each person able to buy 10 at a time with their identification cards, once every 10 days. But Hong Kong admitted that it was not able to successfully procure masks, and looked to China’s State Council for help, further riling the public.

The outbreak is a litmus test for officials and trial by fire for policy. The Hong Kong government has much room for improvement in every aspect of its response, from policy decision-making and supply coordination to management of public panic and encouragement of doctors and nurses.