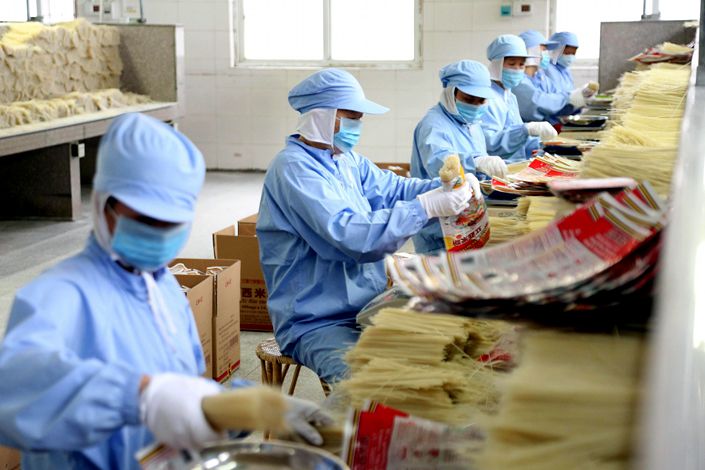 Local governments in China are loosening some of the rules on companies designed to constrain a coronavirus outbreak that has infected tens of thousands, killed almost 2,000 and sent shockwaves through the economy.

The changes follow a direction from China’s top planner and come as people across the country slowly return to work, after the Lunar New Year break was extended to help contain the spread of Covid-19.

The provincial government of East China’s Jiangxi province said on Sunday (link in Chinese) that starting this week, companies registered there could restart business without the need for individual approval. Firms were told they would instead need to report their situation to the government and wait 24 hours before resuming operations.

A previous policy set on Feb. 9 had banned people returning from epidemic areas after Lunar New Year from resuming work, and said everyone else could only return to their workplace after getting a health check from a doctor.

In a radical turnaround, doctors’ certificates will no longer be required of anyone returning to work in Jiangxi, which has reported nearly 1,000 cases of Covid-19. Returnees from the outbreak epicenter of Hubei will still need to self-quarantine for 14 days, but everyone else will be subject to the more vaguely defined “health monitoring,” which could refer to things like workplace temperature checks.

Also on Sunday, the Zhejiang provincial capital of Hangzhou in East China relaxed its rules in a similar fashion (link in Chinese). Many companies in the city, known for hosting the global headquarters of Alibaba and other tech startups, will be able to resume business without being individually granted government approval.

But many will not. Excluded from Hangzhou’s rule change is a long list of business operating mostly in the services sector, including education providers, catering companies, bookstores, bars, public baths, beauty salons, tourist attractions and more. Those will need to be individually appraised before reopening.

An earlier policy released by the Jiangxi government on Feb. 9 had also included a blacklist of businesses banned from reopening (link in Chinese). But there was no such blacklist in its most recent announcement.

The news came after an official from China’s National Development and Reform Commission called for scrapping “simple and crude” measures such as permits taken in the wake of the outbreak. The official urged local governments to help businesses solve their problems through “guidance and care.”

The manager of a Jiangxi chemical company was upbeat about the rule change. “Back on Feb. 14, when we were restarting our business, it took nearly two days to get the government permit. The new rules will make the process much faster,” said the executive, who asked not to be named.

But for many businesses, the difficulties come from things like labor shortages stemming from people being prevented from moving around as more cities in China are locked down. One executive at a Hangzhou retail exporter said the green light from local authorities would do little to address its biggest problems, which were supply disruptions and a lack of workers.

It will be a long time before normal business resumes, he said.