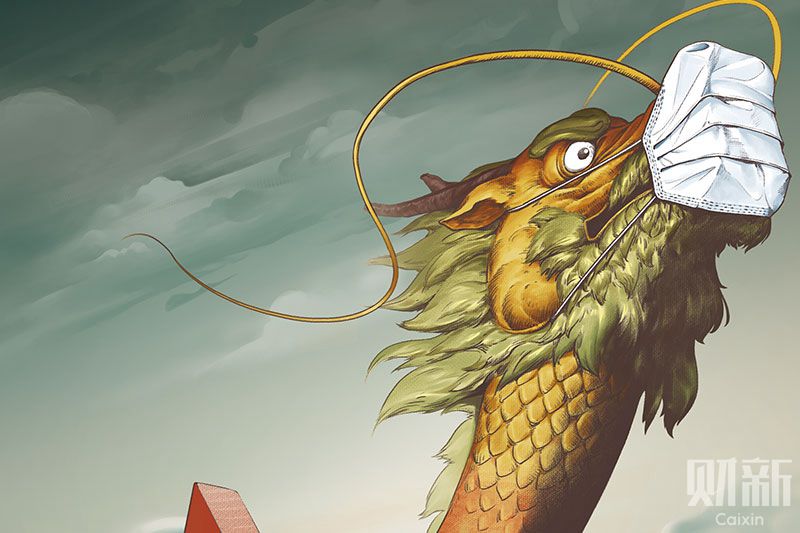 As the coronavirus outbreak wreaks havoc on China’s economy, small and midsized businesses that are the backbone of the nation’s private sector and major employers are quickly emerging as one of the biggest casualties.

Such companies are present in nearly every sector, from retail to transportation, travel, leisure and consumer goods, providing a wide range of personalized goods and services that are often missed by large, traditional state-owned enterprises. But their lack of government ties, including access to funding from state-owned banks, also makes them particularly vulnerable during times of economic slowdown and crisis.

Economists warn that central and local governments need to roll out more support measures for small businesses that are suddenly in crisis, as many lack resources to deal with the sudden business slowdown caused by the new coronavirus outbreak. They argue the fate of China’s thousands of smaller private firms could be an important factor in the nation’s long-term economic well-being.

Just a month ago, many small businesses were looking forward to the Lunar New Year holiday, typically a peak travel period with high demand for a wide range of products and services during family holidays and reunions. Instead, many have been forced to suspend or sharply scale back their business due to lack of customers and staffing. Manufacturers dependent on migrant laborers are one of the hardest hit groups, with their extended closures creating ripple effects through domestic and global supply chains.

Even before the outbreak, many small businesses were already grappling with shrinking sales as China’s economy logged some of its slowest growth in decades. With business now at a standstill during the outbreak, many are facing existential liquidity crises. Large numbers say they are having difficulties just paying salaries, adding they can only survive for a matter of months using their current resources, even if Beijing provides support.

From a wider perspective, economists say the epidemic that has killed more than 1,300 and sickened nearly 60,000 will be felt most in the current quarter. Reflecting that, many have already lowered their forecasts for GDP growth in the first three months of the year. UBS forecasts China’s GDP could grow just 3.8% year-on-year in the first quarter, well below the 6.4% growth of a year earlier. If the outbreak lasts well into the second quarter, GDP growth for 2020 as a whole could drop to below 5%, compared with 2019’s figure of 6.1% — already a 29-year low.

While most economists believe the epidemic’s effects will be short-lived, it could still provide a knockout blow to many small and medium-sized business that were already struggling before the crisis. Such a wave of failures could create a ripple effect throughout the economy, causing the epidemic’s economic effects to linger for longer, said Xu Gao, chief economist at BOC International China Co. Ltd.

Sheng Songcheng, former head of the Financial Survey and Statistics Department at the People’s Bank of China (PBOC), cautioned that the central government should closely follow the situation, and highlighted that many smaller businesses were already coming under pressure even before the epidemic began.

The survey found that spending on wages and other benefits such as insurance for employees was the biggest portion of respondents’ costs, followed by rent and bank loan interest.

The outbreak’s impact was also evident in another survey of the catering industry — a popular sector for smaller businesses — in South China’s affluent Guangdong province. Over 96% of 550 catering companies surveyed in the province said their sales during the Lunar New Year holiday slumped over 50% year-on-year, according to the Guangdong Restaurant Association.

Wu Hai, founder of the Beijing-based Mei KTV karaoke club chain, wrote in a Feb. 10 post (link in Chinese) on his public WeChat account that the company can only survive for around two months under current policies. Wu called on the government to exempt small businesses from payments on insurance for employees.

Other sectors taking a beating are travel and transportation, popular areas for small businesses like travel agents, tour guides and souvenir shop operators. UBS economist Wang Tao estimated that the number of passengers in the first quarter this year would drop over 30% from the same period a year before, and the first quarter’s travel sales would slump over 70% year-on-year.

The government has already taken some steps to support small businesses during this time of crisis. But business owners say those measures aren’t enough.

The State Council on Feb. 6 said it would support cuts to lending rates, fees and taxes by commercial banks for companies that produce, ship and sell urgently needed medical supplies and daily necessities. Five days earlier, financial regulators instructed (link in Chinese) financial institutions to roll over the loans of companies having trouble repaying their debts as a result of the outbreak.

Local governments in Beijing, Shanghai, Suzhou and Qingdao have provided their own support with measures such as: reducing financing costs; returning unemployment insurance contributions paid by companies that haven’t laid off workers; allowing businesses to postpone social security and tax payments for three to six months; and reducing or exempting urban land use tax and rents for state-owned commercial properties.

While such measures can ease short-term cash flow problems, they can’t do much to address financial difficulties that have long plagued small and midsized companies, according to a lawyer who acts as an independent director at an exporting company.

If the epidemic lasts a long time, the central government should consider stepping up its financial support, said Zhu Wuxiang, a professor at the Department of Finance in the School of Economics and Management at Tsinghua University, which conducted the survey of 995 small businesses.

Zhu said the government could provide financial support for companies that play important roles in industry supply chains through its own fiscal spending, by issuing special bonds or through specialty bailout funds. Such support would be withdrawn once a given business’ operations returned to healthy levels, he said.

The central government should also be prepared to support further reductions in interest rates, fees and taxes for small businesses in affected regions to restore market confidence after the outbreak passes, according to Yang Fan, CITIC Securities Co. Ltd. chief policy analyst.

But some also warned that the government should be cautious not to over-stimulate, which could lead to unintended consequences like inflation, high debt and rising bad debt ratios. Governments should roll out stimulus policies that are adjustable and can help small businesses, and avoid taking such steps simply to reach GDP growth targets, said Lu Ting, chief China economist at Nomura International Ltd.

A previous version of this story misstated China’s GDP growth in the first quarter of 2019. It was 6.4%.