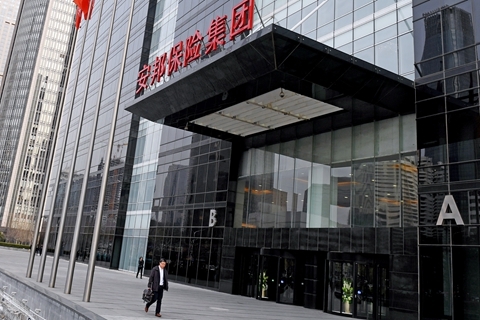 China’s insurance regulator said Saturday it has ended its two-year takeover of Anbang Insurance Group Co. Ltd. after defusing financial risks at the fallen conglomerate, which struggled to pay back investors following a massive asset-buying spree.

The regulator took over Anbang in February 2018 after the company’s founder and former chairman Wu Xiaohui was investigated by police. In May that year, Wu was sentenced to 18 years behind bars for fundraising fraud and embezzlement.

In a bid to restructure the company, the China Banking and Insurance Regulatory Commission (CBIRC) transferred some assets from Anbang to newly created Dajia Insurance Group. Anbang retained control of toxic assets involved in Wu’s case as well as some other debts, sources with knowledge of the matter told Caixin.

On Saturday, the CBIRC said in a statement (link in Chinese) that it planned to place Dajia into private hands in the future.

After openly and transparently screening good-quality privately owned firms, designing an appropriate shareholding structure and going through multiple rounds of negotiations, investment banks and other intermediary institutions now have had an idea of who the new investors will be, the watchdog said in another statement (link in Chinese).

The CBIRC plans to choose a domestic privately held company, a state-owned company, and a foreign company with a view to transferring each of them a roughly 20% stake in Dajia, the sources said. China Insurance Security Fund Co. Ltd., a CBIRC-backed state-run bailout fund which now controls Dajia, will hold the remaining stake of around 33% and remain as the biggest shareholder during a temporary transition period, the people said.

The CBIRC also said that before January this year, some 1.5 trillion yuan ($213 billion) of risky short- and mid-term insurance products sold by Anbang were paid off on time without delays or defaults. The sources of the payout included an estimated 83 billion yuan of bank loans and an estimated 75 billion yuan in sales of assets previously held by Anbang, the sources said.

Founded in 2004, Anbang began making global headlines in 2014 with short-term, high risk insurance policies that allowed the company to pursue aggressive purchases at home and abroad. Over time, the conglomerate’s products created severe liquidity problems, while its rapid expansion ran up heavy debts.

Most of Anbang’s non-core financial assets have been divested, including its stake in Century Securities Co. Ltd., the CBIRC said.