By Huang Shulun and Dave Yin 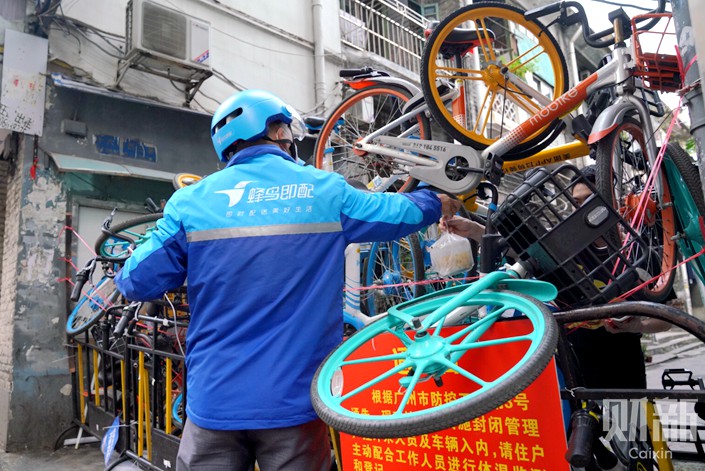 A family in South China’s Guangdong province may have experienced a Covid-19 incubation period of a month, another case that could challenge the widely held notion that the maximum period is around 14 days and raise questions about measures taken to prevent the spread of the virus.

Authorities in Guangzhou’s Liwan district announced (link in Chinese) over the weekend that several members of the family of six tested positive for Covid-19 following a near month-long quarantine after traveling to the city from the epicenter of the epidemic.

The Pan family took a train from Wuhan, Hubei province, to Guangzhou on Jan. 22, and were then placed under quarantine. On Feb. 20, one of them, identified as the “son-in-law,” developed a fever. He tested positive for the disease on Feb. 21, and his wife and a child were diagnosed the following day.

According to the local authorities, the family was under medical observation between Jan. 24 and Feb. 7, something routinely done in the district for those arriving from Hubei. Nothing unusual was reported during this period, and the monitoring was lifted.

If confirmed by scientists, the case would add to evidence that challenges the current medical understanding of the disease’s incubation period, or the time it takes for a growing pathogen to reach a quantity necessary to produce symptoms in the host.

A study of more than 1,099 coronavirus patients by Chinese scientists, published in early February as a preprint, or a paper that has not been peer reviewed, has already made the case that the incubation period could be as long as 24 days, rather than the 14-day maximum previously believed.

Meanwhile, Xinyang, a city in Central China’s Henan province, announced on Feb. 16 that local authorities had diagnosed a “highly unusual” case where a patient tested positive on a third screening, some 34 days after leaving Wuhan. Furthermore, a person in Zhongshan, Guangdong, who had undergone a routine two-week quarantine after arriving from Hubei on Jan. 26 tested positive almost a month later.

At a Feb. 18 press conference, Chinese epidemiologist Zhong Nanshan, who discovered the SARS coronavirus in 2003 and co-authored the 1,099-person study, said that he did not find the longer incubation periods to be strange, explaining that there are always exceptions.

Of the Covid-19 patients studied, 13 had incubation periods longer than 14 days, though the majority developed signs of illness within two to seven days of contracting the virus, Zhong said.

According to an article by German researchers in the New England Journal of Medicine, asymptomatic Covid-19 carriers may be contagious, and the widespread practice of screening based on symptoms may not be effective.

Many countries continue to use two-week quarantine periods as yardsticks for assessing citizens with potential infections.

On Feb. 24, Guangdong lowered its Covid-19 epidemic emergency response from level one, the country’s highest, to level two.