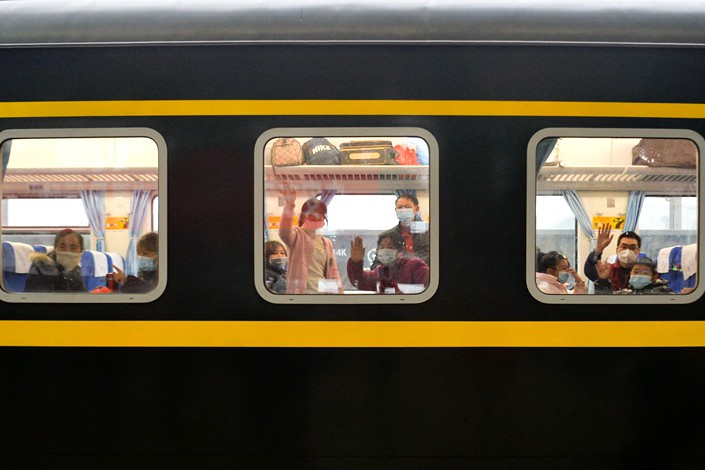 Millions of workers from manufacturing hub Guangdong province have yet to return to their jobs nearly a month after the Lunar New Year holiday, new data shows, reflecting a local labor crunch caused by virus-related travel restrictions after the extended break.

An analysis of roaming usage patterns from Guangdong-registered mobile accounts showed that through Sunday some 10 million people were waiting to return to the wealthy province in South China, officials announced at a Tuesday briefing. That included 1.7 million people from Hubei province at the epicenter of the Covid-19 outbreak, which has infected nearly 80,000 in China and killed more than 2,000.

The Covid-19 outbreak first came to national attention in late January as millions of Chinese were heading home from the big cities where they work for traditional Lunar New Year family reunions. As one of China’s top manufacturing hubs with hundreds of factories, Guangdong was one of the earliest magnets for millions of migrant workers who make the journey home each Lunar New Year.

But following the outbreak’s explosion in late January, Beijing extended the holiday for two weeks or more to delay the movement of millions of people back to their jobs, over fears that might spread the virus. More than three weeks after the holiday was officially set to end, data like the latest based on roaming analysis show how many companies remain understaffed.

The latest analysis comes as Guangdong on Tuesday joined several other provinces in lowering its alert level as the virus’s spread shows signs of slowing inside China due to government intervention. In Guangdong’s case, the province lowered its alert level from the highest to the second-highest level, though officials were quick to caution that didn’t signify the outbreak had reached a turning point.

Guangdong has 1,347 confirmed cases of Covid-19, the second highest in China after only Hubei, which is where the outbreak started and now has a far higher total at nearly 65,000 cases. Many of Guangdong’s cases have been tied to Lunar New Year family gatherings.

“As the epidemic in Hubei is still being bought under control, the country is still implementing strict control measures on movement from Wuhan and Hubei, and suggests that people who plan to come from Hubei to Guangdong should delay their plans,” said Chen Zhusheng, a Guangdong health official who spoke at the briefing.

Under current policy, people returning to Guangdong from other parts of China must register using a health certificate or with their local neighborhood community upon their arrival back in the province. People coming from high-incidence areas must then be quarantined for 14 days and receive regular temperature checks before they can return to work.