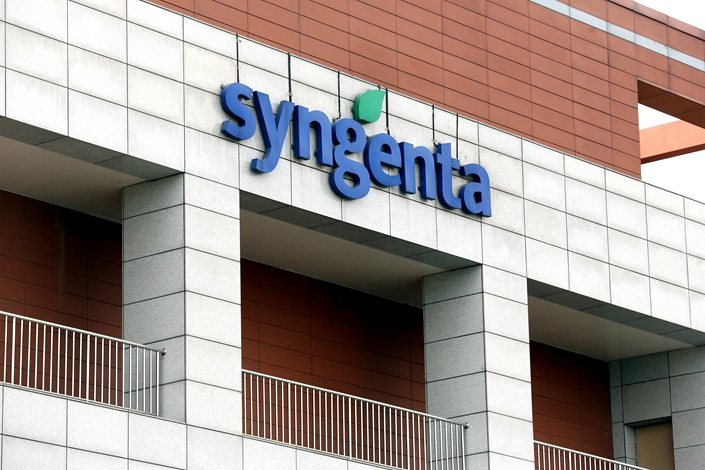 Newly formed agrochemical giant Syngenta Group Co. Ltd. will seek to go public in China by mid-2022, in a move which could broaden its access to financing and alleviate some of the debt pressure on its owner China National Chemical Corp. (ChemChina).

In a statement to Caixin on Thursday, Syngenta Group confirmed the plan, adding the company may also seek a secondary listing elsewhere. Details on the quantity of shares it will offer and the amount of funds it will raise remain unresolved.

It’s the latest development in a long-running mega-merger between China’s two biggest state-owned chemical conglomerates, SinoChem Group Co. Ltd. and ChemChina, which is rumored to have been in the works for years.

Syngenta Group was formed in January, when ChemChina and SinoChem consolidated their agricultural chemical businesses into a new holding company within ChemChina. Those assets included well known Swiss pesticides producer Syngenta AG, which ChemChina bought in 2017 for $43 billion in the biggest-ever overseas acquisition by a Chinese company.

The Swiss company was delisted from Swiss and American stock markets in January 2018 after the purchase. ChemChina said during the acquisition that it would relist Syngenta in a few years.

While that transaction more than doubled ChemChina’s total assets, it also propelled its debts beyond 434 billion yuan ($56.4 billion), up 88% from six months prior to the acquisition, raising questions about the state-owned giant’s ability to integrate the Swiss company. Those debts continued to grow, hitting 647.58 billion yuan at the end of September 2019, when the company’s asset-liability ratio swelled to 77.38%.

Caixin calculates that Syngenta Group has total assets of around 200 billion yuan. That includes about three quarters of Israeli crop protection company Adama Ltd., acquired by ChemChina in 2016 and 2017. It also holds 52.65% of fertilizer supplier Sinofert Holdings Ltd., and 39.88% of Jiangsu Yangnong Chemical Co. Ltd., which were previously held by Sinochem.