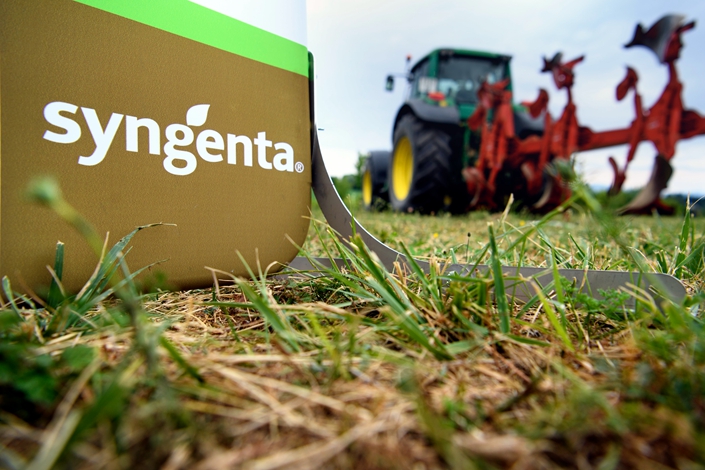 Syngenta is one step closer to an initial public offering.

Two Chinese state-owned chemical giants are consolidating their agricultural chemical assets into a new holding entity, moving one step closer to an initial public offering of the unit.

China National Chemical Corp. (ChemChina) and Sinochem Group, which are carrying out a merger, said Sunday that the agricultural chemical assets of the two parents will be assigned to the newly formed Syngenta Group. The unit will also include Syngenta AG, the Swiss pesticide producer that ChemChina acquired in 2017 for $43 billion in the biggest-ever overseas acquisition by a Chinese company.

ChemChina and Sinochem said in a statement on their websites that the move aims to further deepen the restructuring of state-owned enterprises and optimize the allocation of resources.

The consolidation of assets means the parent groups are gearing up for the relisting of Syngenta. The Swiss company was delisted from the Swiss and American stock markets in January 2018 after the ChemChina purchase.

ChemChina said during the acquisition that it would relist Syngenta in a few years. Syngenta Chief Financial Officer Mark Patrick told Bloomberg in August that the company expected an IPO by 2022, and it was “prepared to move ahead at the right time.”

The Syngenta acquisition created a massive debt load for ChemChina. From the end of 2016 to June 2017, the group’s total debt increased 88% to 434.2 billion yuan ($62.2 billion). The surge in debt and the complicated merger of the two giants made financing through a Syngenta IPO imperative for the companies.

In addition to the two parent groups’ agricultural chemical assets, the new unit will also hold a 74.02% stake in ADAMA Ltd., a Shenzhen-listed Israeli pesticide producer that ChemChina acquired in 2017. These businesses had total assets of 200 billion yuan as of the end of 2018, Caixin estimated.

Syngenta Group was formed in June with registered capital of 10 billion yuan. ChemChina and Sinochem Chairman Ning Gaoning is also chairman of the new entity. Before joining ChemChina, Ning was chairman of state-owned conglomerates China Resources and China Oil and Foodstuffs Corp. and was known for leading mergers and acquisitions.

Erik Fyrwald, former chief executive of Syngenta AG, will become CEO of Syngenta Group, according to the Sunday’s announcement.