By Dave Yin and Liu Denghui 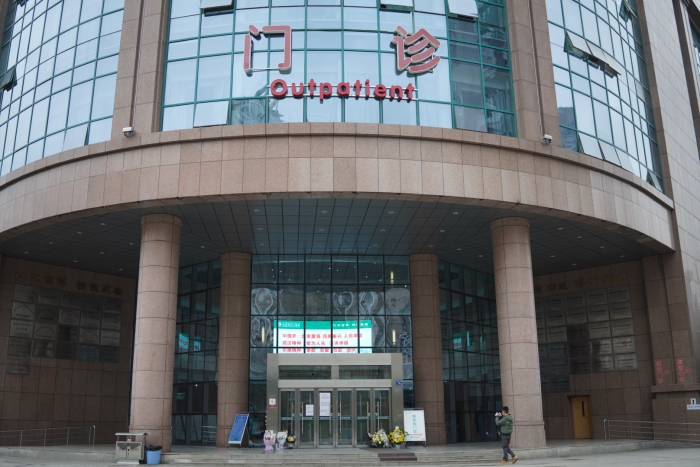 China’s decision to exclude individuals who carry the new coronavirus but show no symptoms from the country’s public tally of infections has drawn debate over whether this approach obscures the scope of the epidemic, with a document obtained by Caixin showing a significant proportion of one province’s cases are asymptomatic.

Since early February, the National Health Commission (NHC) has concluded that “asymptomatic infected individuals” can infect others and demanded local authorities to report those cases. However, the commission has also chosen not to include these people in its tally of “confirmed cases” or to release their numbers.

On Feb. 25, Northeast China’s Heilongjiang province had 104 asymptomatic infected individuals, according to a Feb. 26 Heilongjiang Provincial Center for Disease Control and Prevention (CDC) document obtained by Caixin. That same day the province said (link in Chinese) it had 480 “confirmed cases,” a figure which did not include the 104 asymptomatic cases.

This is in contrast to a study published Feb. 12 in the Chinese Journal of Epidemiology suggested that asymptomatic infected individuals accounted for only 1.95% of all lab-confirmed infections, in a rare instance where data on the group was revealed. In comparison, this group made up 10.2% of total infections in Japan’s figures as of Wednesday, or 19 of 186 infections, excluding those from the Diamond Princess cruise ship in the port of Yokohama.

In its Jan. 28 virus prevention and control plan, the NHC demanded the prompt detection and reporting of those with light or no symptoms.

According to the document obtained by Caixin, the Heilongjiang CDC confirmed its first asymptomatic case on Feb. 1 and left the individual off its public list of confirmed cases as per NHC instructions.

In a statement to Caixin, the Heilongjiang CDC said that it was told by the national CDC to “temporarily” include asymptomatic cases in public tallies with confirmed, symptomatic cases.

However, after the Feb. 7 release of the fourth edition of the NHC’s Covid-19 guidelines, which reaffirmed that asymptomatic cases should be reported separately and excluded from the confirmed case tally, Heilongjiang removed 13 asymptomatic infected individuals from its “confirmed cases.”

China's policy has remained in place despite multiple studies from both Chinese and overseas researchers suggesting that individuals infected with Covid-19 can be contagious even if they do not feel ill.

In earlier guidelines, asymptomatic individuals were allowed to be observed and treated at home, but successive editions toughened these measures. By the fifth update of the NHC guidelines released Feb. 21, they were subject to a 14-day quarantine and were required to test negative in two separate nucleic acid tests before being released. Health authorities even developed criteria to determine asymptomatic individuals as the source of infection in a cluster.

Nevertheless, at a Feb. 14 press conference, NHC deputy director Zeng Yixin said that the country would only publicize “suspected” and “confirmed cases.”

“If you don’t have symptoms, it’s not an illness,” he said. “There’s no need to announce it.”

He told the magazine that a positive nucleic acid test – a genetic sequencing test used to detect the coronavirus – does not necessarily indicate an infection because viral genetic material detected through throat or nasal swabs does not confirm the virus has entered cells and begun to multiply. This notion was also echoed by Chinese representatives at the WHO.

But this view has been challenged by both domestic and overseas experts, who said that a virus must have replicated to reach detectable levels.

“If you aren’t considered sick if you don’t have symptoms, then what are you?” one expert that participated in the NHC’s revisions to its diagnosis and treatment criteria, who requested anonymity, told Caixin. “Is the nucleic acid test a gold standard or not?”

He added that as coronavirus action plans were revised, whether or not to include asymptomatic individuals in the tally of confirmed cases was discussed, but ultimately rejected by the NHC. “Those that don’t appear sick make the best hosts for viruses,” he said.

According to Michael Mina, assistant professor of epidemiology and immunology at the Harvard School of Public Health, the existence of large quantities of asymptomatic individuals would lower the statistical rates of risk, such as of severe illness or death. Meanwhile, he said that China’s categorizations are understandable if used to allocate health resources, but providing epidemiologists around the world with accurate numbers for mitigation strategies would only require an additional column in data sets.

"Perhaps the most important component at this point is it shows that it may be even more widespread and difficult to contain than we think," Mina said. “I think any withholding of known figures pertaining to infections not only does a disservice to China’s ability to monitor and help control the epidemic but also inhibits global scientists from being able to learn from and disseminate useful information both back to China and to the global community.”