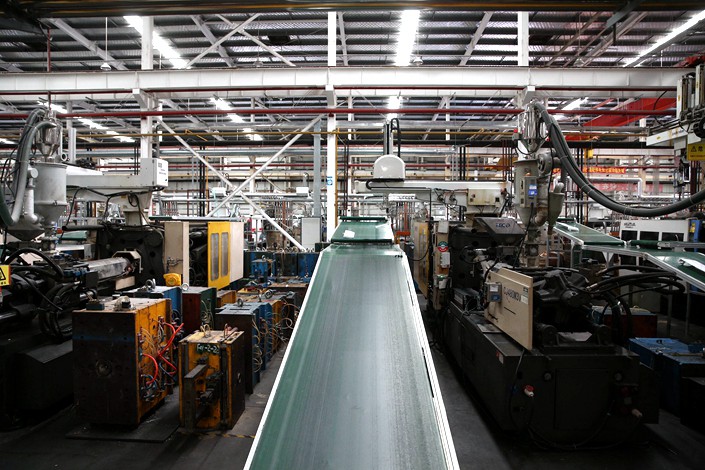 Gree will offer ultra-short-term, short-term and medium-term bonds, with maturities ranging from nine months to seven years, the Shenzhen-listed company said in a notice (link in Chinese) on Sunday.

The plan still needs to be approved at a shareholder meeting set to be held March 17.

The money raised will be used to “replenish working capital, repay debts, (and) support project development,” according to the notice.

The fundraising plan comes after the company announced late last year that it had decided to sell a 15% stake to a private equity fund backed by Hillhouse Capital Group, ending a months-long bidding process that drew dozens of contenders. After the sale, the fund, Zhuhai Mingjun Investment Partnership, took the place of the Zhuhai city government as Gree’s largest shareholder.

Gree’s latest fundraising plan follows the announcement late last month by rival Midea Group Co. Ltd., which said it would raise up to 20 billion yuan through bond sales. Midea said at the time that the money raised would be used to meet the “development need in operations” and repay debts.

Gree is China’s largest air-conditioner maker, but sales growth began slowing last year amid a broader sluggishness in the home-appliance market. For the first nine months of 2019, Gree reported profit of 22 billion yuan on revenue of 155 billion yuan, increases of 4.7% and 4.3% respectively, down by 32 percentage points and 30 points from the same period the year before.

In the same nine-month period last year, Midea posted profit of 21.3 billion yuan on revenue of 221 billion yuan, up 19.1% and 7% respectively.

For the first nine months of 2019, Gree had operating cash flow of 32.7 billion yuan, compared with 29.7 billion yuan for Midea’s in the same period.