As Virus Outbreak Grows in Beijing, City Turns Its Eye to the Roads 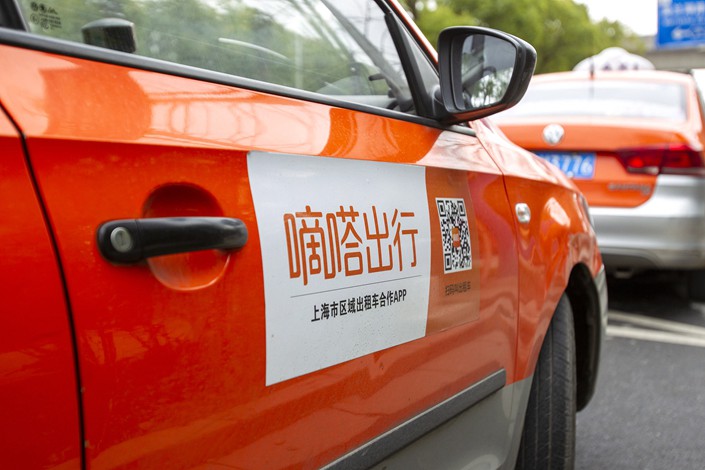 The Beijing Municipal Commission of Transport warned that any violators of the ban would be dealt with “promptly” and “harshly.” Photo: VCG

The Beijing government has banned all taxis and carpooling services from traveling in or out of the city in its latest measure to control the spread of the coronavirus.

The new restriction, which took effect Friday, comes as a number of new cases of Covid-19, the disease caused by the new coronavirus, have appeared in the nation’s capital since work resumed at local companies and factories after an extended holiday. As of Tuesday morning, China has confirmed more than 80,000 Covid-19 cases, including nearly 3,000 deaths.

The Beijing Municipal Commission of Transport warned that any violators of the ban would be dealt with “promptly” and “harshly,” according to a statement released Friday. The commission did not specify when the ban would end.

One company has already been punished for breaking the rules. Chinese ride-hailing startup Dida Chuxing, a challenger to the better known Didi Chuxing, was ordered to immediately suspend its carpool service, which can take passengers in and out of the city, the commission said.

The commission also fined Dida 150,000 yuan ($21,450) after it found during a recent round of inspections that some of the company’s drivers were providing ride-hailing services without proper licenses.

Officials summoned company managers for a meeting the day before the announcement. In a response to the official rebuke, Dida promised to follow the latest rules to the letter to help prevent the virus from spreading. It said it had suspended all services between Beijing and other parts of China before Thursday’s meeting, but did not address the fine over the unlicensed ride-hailing services.

On Friday, Beijing officials stressed that people coming into the city should be more closely monitored. As more people have started making their way back to the city to return to work after the Lunar New Year holiday, Beijing has also stepped up a crackdown on “illegal vehicles” entering the city. Over the last two weeks, authorities have detained more than 50 unlicensed taxis for illegally carrying passengers into the city from other parts of China.

On Jan. 26, the city also suspended all bus lines to and from Beijing.