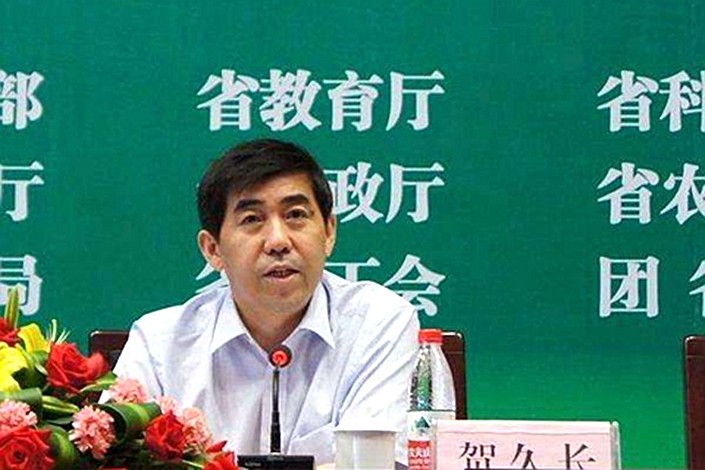 The country’s top graft-buster announced on Monday that the former chairman of one of China’s biggest oil refiners has been kicked out of the Communist Party for corruption and had his ill-gotten gains confiscated.

According to the Communist Party’s Central Commission for Discipline Inspection (CCDI), He Jiuchang broke party discipline, abused his office and is guilty of corruption. He was also accused of not fully implementing the government’s industrial development policy. The bribes he accepted and any property related to his wrongdoing will be confiscated, the CCDI said.

He was chairman of Shaanxi Yanchang Petroleum (Group) Co. Ltd. from 2015 to 2017, until leaving to serve as deputy director of Shaanxi Provincial Development and Reform Commission, a role he held until last July.

Early last year, He and his predecessor as Yanchang Petroleum chairman, Shen Hao, were called upon to assist a corruption investigation into former Shaanxi Communist Party secretary Zhao Zhengyong. Caixin learned from several sources that investigators found that Zhao was at the heart of a massive graft network. He was detained in January and charged with corruption by the prosecutor in Tianjin municipality last month.

He Jiuchang began working in Shaanxi’s energy sector in 2004, working his way up through various government posts including his stint at the state-owned Yanchang Petroleum, which is one of just four companies to be granted oil and gas exploration and production rights in China.

Read More
In Depth: The Rise and Fall of ‘Two-Faced’ Zhao Zhengyong

In 2019, Yanchang Petroleum produced 11.37 million tons of crude oil, processed 13.52 million tons and produced 4.8 billion cubic meters of natural gas. It made a profit of 2.39 billion yuan ($341 million) in the first nine months of 2019. The group’s oil assets amounted to 385.2 billion yuan as of September last year.