By Tan Jianhang and Denise Jia 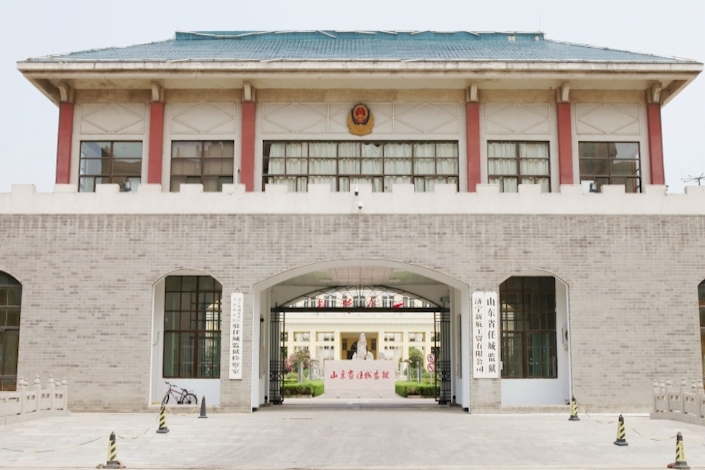 The outbreak of Covid-19 coronavirus in a Shandong prison originated with a person returning from Wuhan, the epicenter of epidemic, investigators said. This person ultimately exposed a chain of people including seven prison guards and 200 inmates who contracted the disease, the investigators found.

Eleven officials and prison guards are under investigation for suspected serious violations of discipline and law, including three judicial workers who are being probed for dereliction of duty, the Shandong Commission for Discipline Inspection said Wednesday in a statement.

The investigation didn’t disclose the identity of the first infected person or whether the person works at Shandong province’s Rencheng prison in Jining, an eastern city about 450 miles from Wuhan. Investigators said the person drove back from Wuhan Jan. 21.

Caixin learned that two prison guards had fever as early as Feb. 6, but the prison chief allowed them to go home. One of them was later confirmed with infection.

Another guard and a prison worker are being investigated by public security authorities on suspicion of hindering the prevention of infectious disease, the Shandong inspection team said. They could face as many as seven years in prison under Chinese law.

The statement didn’t divulge how the guard and the prison worker hindered the prevention of infectious disease, but investigators said some prison staff brought infection into the prison and caused the epidemic to spread rapidly.

Shandong province hasn’t reported any new cases related to the prison since Feb. 21, so it’s not clear whether there have been more infections there.

Caixin learned that one new case reported Feb. 25 in Jining is a family member of an inmate released from the prison. Local news reported that the inmate was freed Feb. 9 after having close contact with other infected inmates. The person refused quarantine and tried to run away from home before being detained by local police.

The outbreak in Rencheng prison exposed loopholes and irresponsibility in the Shandong province justice department and its prison administration bureau, the Ministry of Justice said in an article posted Wednesday on its website. The ministry “strongly supports” the investigation team’s conclusion and will immediately issue a notice of rectification, according to the article.

Eight officials, including the head of the Shandong province justice department and the prison chief, have been dismissed for failure to control the spread of the deadly virus.

In addition to Rencheng prison, at least three other prisons in Zhejiang and Hubei provinces have found infections among inmates and guards, with more than 500 confirmed cases as of Feb. 21. Neither province has updated the totals.