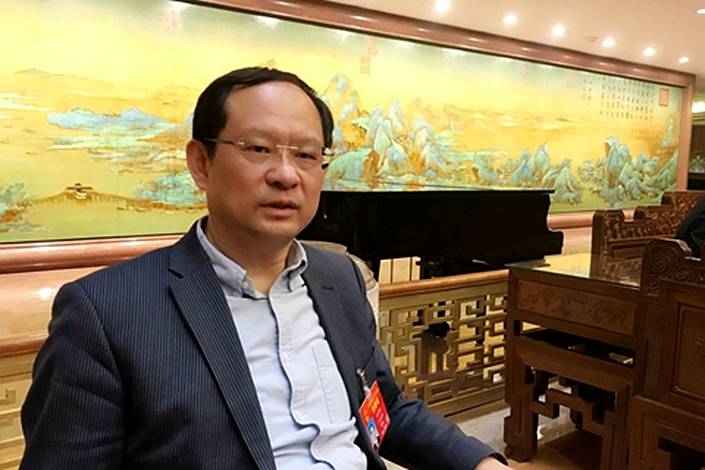 Wang Jingwu, head of the Financial Stability Bureau of the People’s Bank of China.

Industrial and Commercial Bank of China Ltd. (ICBC), the world’s largest bank by assets, will bring in a central bank official as a new vice president, Caixin has learned.

Wang Jingwu, head of the Financial Stability Bureau of the People’s Bank of China (PBOC), will be named a vice president of ICBC.

The ICBC announced the appointment internally on Friday, sources with knowledge of the matter said. Wang will take office after he wraps up his work at the PBOC.

Fifty-three-year-old Wang has worked his way up the ladder in several positions at the central bank. From 2012 to 2018, he served as head of the PBOC branch in Guangzhou, capital of South China’s Guangdong province, and directed the Guangdong branch of the State Administration of Foreign Exchange.

In November 2018, he moved to Beijing to take over as director of the Financial Stability Bureau, a central bank body responsible for preventing and defusing systemic financial risk.

It is common in China for professionals from financial authorities to move into positions at big state-owned commercial banks and vice versa. Ji Zhihong, former director of the Financial Market Department of the PBOC, was named an executive vice president of China Construction Bank Corp. last year.

Wang is filling in after several vice presidents have left ICBC over the past two years. Five ICBC vice presidents have either resigned or been moved to other places since 2018. Two of them were named deputy heads of the Sichuan and Guizhou provincial governments, as Beijing has moved to put finance industry veterans in local governments to grease the wheels of policy coordination and help them get a sense of on-the-ground conditions.

With total assets of 30.4 trillion yuan ($4.4 trillion), ICBC’s net profit grew 5.8% year-on-year in the third quarter of 2019 to 83.8 billion yuan, accelerating from a 5% increase in the first half of that year despite slowing domestic economic growth, its third-quarter report showed.