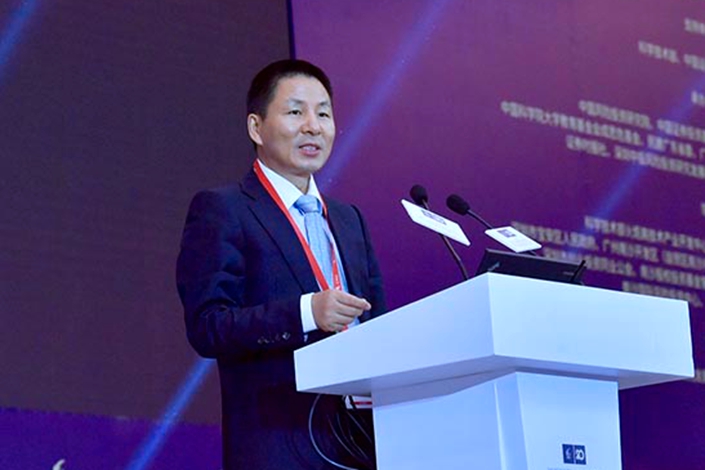 The Shenzhen Stock Exchange has a new Communist Party secretary, filling a position that has remained vacant for more than five months.

Wang Jianjun, the bourse’s president, will be promoted to its party secretary, according to a statement (link in Chinese) posted on the exchange’s website Wednesday.

Caixin reported in January that Wang will also be named the exchange’s new chairman.

The CSRC’s decision will be officially announced at the Shenzhen Stock Exchange’s annual general assembly of members, which is usually held in April and reviews its work reports and its budget for the coming year. This year, the meeting will also elect new members of the exchange’s board of directors and board of supervisors as current members are reaching the end of their three-year terms.

The bourse hasn’t yet set a date for the meeting this year. Last year, it was held online.

In general, the CSRC chairman will hold a meeting at the exchange to officially appoint its new chairman after the annual assembly. Sources close to the Shenzhen Stock Exchange told Caixin that Wang’s official appointment as chairman would likely be postponed due to the coronavirus outbreak.

Wang, 52, joined the Shenzhen Stock Exchange in 2016 as president. He previously worked for the CSRC for almost two decades.

The annual pretax salaries of Wu and Wang as chairman and president of the Shenzhen bourse were both 728,300 yuan ($104,613) last year, according to (link in Chinese) the exchange.