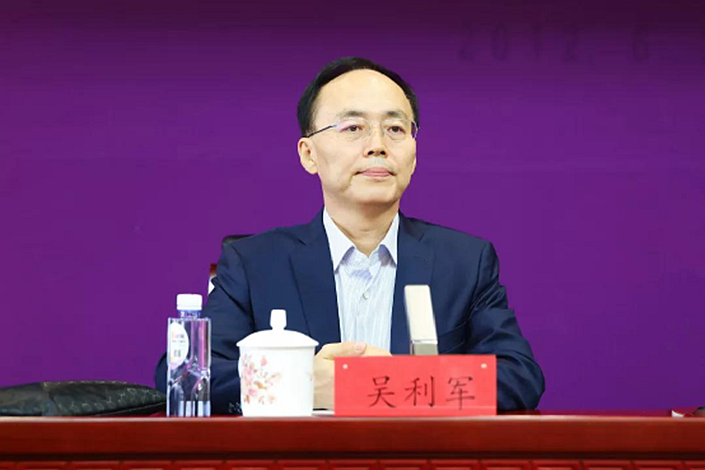 Wu Lijun, 55, the Shenzhen Stock Exchange’s Communist Party secretary and chairman, and has become a vice chairman and general manager of financial conglomerate Everbright Group, sources with knowledge of the matter said. The company announced that Wu was appointed one of its deputy party secretaries at a corporate meeting on Sunday.

Wu has been with the Shenzhen Stock Exchange since April 2014. Before joining the exchange, he worked for the China Securities Regulatory Commission (CSRC) for nearly 17 years.

During his time at the CSRC, Wu worked to integrate data held by the commission’s local offices and the Shenzhen and Shanghai bourses. When Wu was at the Shenzhen Stock Exchange, he helped launch the stock connect program that allows investors on the Shenzhen and Hong Kong stock exchanges to trade each other’s shares.

Personnel changes have become more and more common for financial officials over the last two years. As of Monday, at least 15 finance veterans have been placed in position at a government level equivalent to provincial vice governor, according to Caixin’s calculation based on public records.

The latest moves have included 48-year-old Ge Haijiao, president of China Everbright Bank Co. Ltd., who has been appointed (link in Chinese) a vice governor of North China’s Hebei province, and Cai Dong, an executive vice president of Agricultural Bank of China Ltd., who sources said will be appointed a vice governor of Central China’s Hubei province.