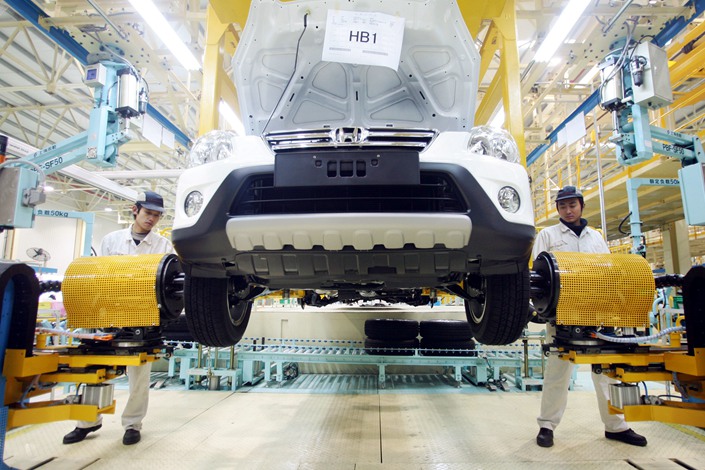 (Nikkei Asian Review) —  Chinese auto manufacturers are operating at less than 40% of capacity, even with most of their production facilities back online, an industry group said Thursday.

The China Association of Automobile Manufacturers reported that 90% of factories operated by the 23 companies that make the vast majority of the country’s new vehicles had restarted by Wednesday, with 18 automakers being fully up and running.

But parts shortages have kept manufacturers from making full use of this capacity. In East China’s Zhejiang province, where the new coronavirus took a heavy toll, Zhejiang Yinlun Machinery Co. Ltd. and Wanxiang Group Corp. have restarted just 67% and 82% of their plants, respectively.

Automakers with operations in Central China’s Hubei province — the epicenter of the outbreak — have been slower to get back on their feet.

Dongfeng Motor Group Co. Ltd., based in the provincial capital of Wuhan, has reopened only half its plants. Authorities gave the company the green light to resume operations Wednesday, but strict limitations on individual movement have left the automaker without enough workers to staff all its factories.

Though the Chinese association did not give a full-year forecast for auto production at its news conference Thursday, the group indicated that output and sales bottomed out in late February. Business began rebounding this month and will return to normal in the July-September quarter, the association said.

An industry group focused on passenger vehicle manufacturing projects an 8% decline in sales volume this year.