Energy Data Hint at an Economy Flailing Amid Virus Outbreak 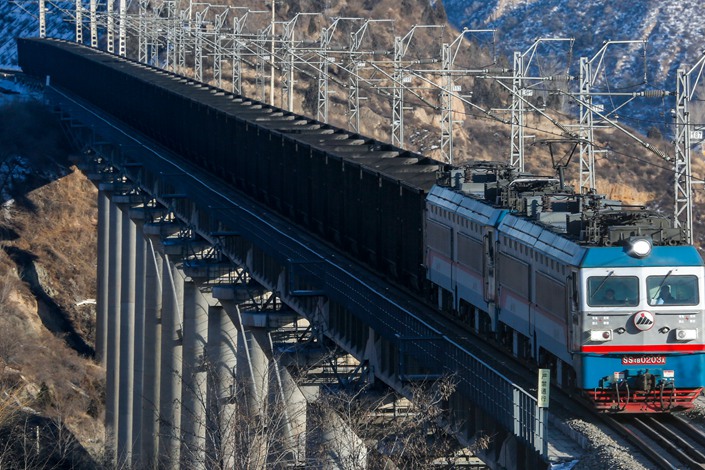 China produced and consumed a lot less coal than usual in the first two months of the year, official data showed, as the country’s strict response to the coronavirus outbreak took a toll on both the supply and demand sides of the energy industry.

The latest figures, released Monday by the National Bureau of Statistics (NBS), highlight the potential damage that the pandemic may do to China’s economy as some energy statistics can serve as stand-ins for gauging economic activity.

The patchy resumption of work at coal mines has contributed to the diminished output, an industry insider told Caixin.

As of Feb. 22, work had resumed at 76.5% of China’s coal mines, according to data from the country’s top economic planner, the National Development and Reform Commission. However, some were not running at full capacity because of a lack of manpower. The migrant workers who help power China’s coal industry have been in short supply lately because they have to submit to 14 days of quarantine on arrival at their job sites.

Over the first two months of the year, China’s crude oil output and import volumes both rose. The country produced 32 million tons of crude over the period, up 3.7% from the same period last year. Its oil imports rose 5.2% year-on-year to 86.09 million tons. But oil throughput in the nation dropped by 3.8% year-on-year 99.19 million tons, with the daily volume averaging 1.65 million tons, the lowest since December 2018.

But due to the impact of the pandemic and a relatively warm winter in China, growth of apparent natural gas consumption — which is production plus imports, minus exports — was down 14.7 percentage points in January and 9.6 percentage points in February, compared to the same periods in 2019, according to figures from commodities data cruncher Sublime China Information.