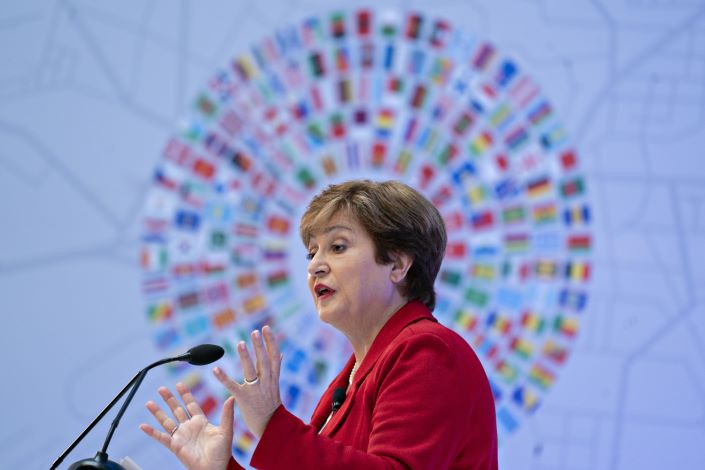 Georgieva reiterated in a blog post Monday that the fund has $50 billion in flexible and rapid-disbursing emergency funds for developing nations, with as much as $10 billion available at zero interest rates.

The fund already has 40 ongoing loan arrangements with combined commitments of $200 billion that can quickly provide crisis financing, she said. There are about 20 more countries interested in support, Georgieva said.

The fund also has about $400 million in its Catastrophe Containment and Relief Trust to help poor countries with debt relief. With the help of donations, like $195 million recently from the U.K., the IMF hopes to boost that to $1 billion, she said.

“As the virus spreads, the case for a coordinated and synchronized global fiscal stimulus is becoming stronger by the hour,” Georgieva said. “During the global financial crisis, for example, fiscal stimulus by the G-20 amounted to about 2% of GDP, or over $900 billion in today’s money, in 2009 alone. So, there is a lot more work to do.”

Georgieva added that the IMF “stands ready to mobilize its $1 trillion lending capacity to help our membership.” She praised the swap lines announced by central banks on Sunday, saying that going forward there may be a need for swap lines to emerging-market economies.

The comments come after Georgieva said earlier this month that the global economic outlook has shifted to “more dire scenarios” and that it’s still difficult to predict the economic impact of the virus. Meanwhile, the fund on Friday ordered all staff at its Washington headquarters to work from home after an employee was diagnosed with the virus.