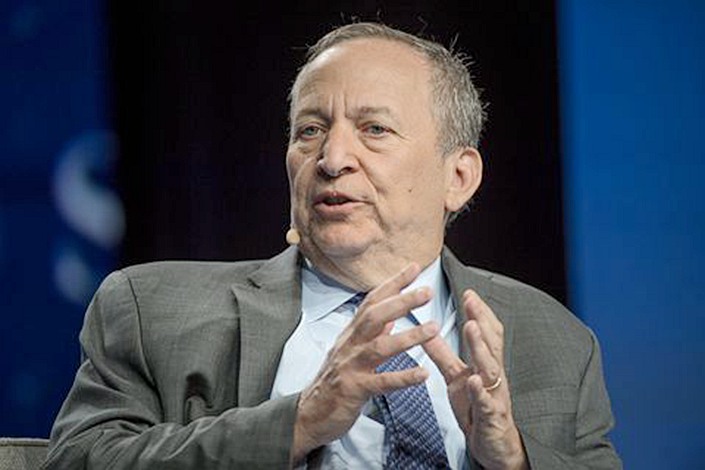 The worst days for the U.S. stock market may still be yet to come and the U.S. economy may be heading for a “quite serious” recession due to coronavirus disruptions, former U.S. Treasury Secretary Lawrence Summers said at a Caixin roundtable on Tuesday.

Summers said U.S. stocks plunged on worries that the coronavirus pandemic had hurt businesses’ profits. The crash is not like usual financial crises, when those outside the markets are scared by what happens inside, such as over-speculation, he said.

The remarks came after U.S. stock trading was halted for 15 minutes on Monday after the benchmark S&P 500 Index plummeted more than 7% shortly after the market opened. It was the third time within a week that the circuit breaker had been triggered.

The equity market tumbled even further during the final hours of trading after U.S. President Donald Trump said at a press conference that the worst of the coronavirus outbreak could last until July, August or even longer, and the U.S. may be heading for a recession.

“I don’t think we can be certain that markets have yet over adjusted,” said Summers, referring to rising risks of the global pandemic. “I would be surprised if there’s a large amount more room by which fundamentals need to fall. But traditionally, at the end of bear markets, markets have fallen very substantially. And that may yet happen. … I would not want to assume that this period of difficulties is over.”

The stock trading halt came despite the U.S. Federal Reserve cutting its benchmark interest rate on Monday by a full percentage point to near zero, which has sparked fears that even the bold measure may not be powerful enough to protect the economy from the hit of the coronavirus.

Summers said the measure was essentially necessary, but may not be enough to fend off a recession. He said it is quite possible that the total output losses of the U.S. economy amid the outbreak will be in the range they were during the initial years after the 2008 to 2009 financial crisis, so the U.S. central bank has no choice but to cut the rate to boost liquidity and ensure the continuing function of Treasury markets.

But there was limited room for the Fed to cut its benchmark funds rate, said Summers, as it had already been held in a relatively low range before the outbreak.

Also, he said the share of the economy that is interest-sensitive, such as housing and durable goods, has gone down, and demand has weakened amid the virus outbreak. These factors attenuate the impact of monetary policy, so the government needs to rely more on fiscal policies, he said.

Zhu Min, Chair of Tsinghua University's National Institute of Finance Research and former deputy managing director of the International Monetary Fund (IMF), also said at the roundtable that though monetary policy can help cushion economies from the effects of the coronavirus, fiscal policy and administrative measures are more important when combating the virus.

Summers said it is also necessary to pay close attention to the underlying biomedical developments, as the pandemic is the core problem facing the global economy and financial markets. He said that China and the U.S. have much greater capacity than many other countries, and both should share their resources, knowledge, experience and skills globally. For instance, the U.S. can forge ahead its ability to develop a vaccine or a cure.

Zhu said it is important for all governments worldwide to share their different experiences fighting the coronavirus. He said it is believed the outbreak has been contained in China, as the number of daily new infections has fallen into single digits.

Zhu also said he expected to see a strong rebound in China’s economy in the next few months, as the government has stepped up measures to boost infrastructure investment and consumer spending. “However, the current global outbreak has created more challenges for the world, and also for China, because trade is now a real concern,” he said.

The global economy got a big lift from China during the global financial crisis of 2008 and 2009. It came via the government’s commitments to fiscal stimulus, assuring an absence of protectionism and other measures, Summers said. Now, the China-U.S. cooperation will also play an important role in solving global financial and economic issues amid the outbreak, he said.

“We need all of the thinking of which humanity is capable to meet the challenge of this disease,” Summers said. “We need all of the cooperation of which the United States and China are capable, if we’re here to find successful outcomes for maintaining the health and also the ongoing prosperity and vitality of our societies.”

International organizations such as the World Health Organization, the Organization for Economic Co-operation and Development, the World Bank, the IMF and regional development banks should work together with national authorities and share their experience with the world, especially with lower income countries, Zhu said.

Localized administrative efforts are also needed to cope with the virus, such as manufacturing and distributing medical supplies in affected countries, enforcing social distancing and shutting down public spaces, Zhu said.