By Liu Yanfei and Mo Yelin 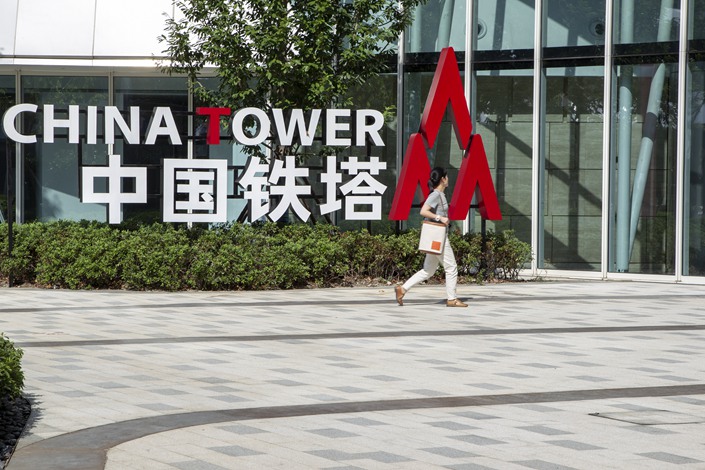 The number of 5G stations that have been rented out is small, said Tong, and the revenue generated from 5G has also been limited as services have only just begun. Photo: VCG

Despite all of last year’s talk about rapid rollout of fifth-generation (5G) mobile networks in China, the state-owned monopoly which provides tower services for the country’s major telecommunication firms has yet to see a significant boost in revenues from the new technology.

China Tower built 161,000 5G base stations in 2019, with 38,000 already rented out to mobile carriers, Chairman Tong Jilu said at a press conference in Hong Kong the same day.

The number of 5G stations that have been rented out is small, said Tong, and the revenue generated from 5G has also been limited as services have only just begun.

China Tower was formed in 2015 by combining the tower assets of China’s three state-owned major telecom firms – China Mobile Ltd., China Unicom Hong Kong Ltd. and China Telecom Corp. The company makes money largely by helping this trio build and manage base stations. As of the end of last year, it was the world’s largest tower infrastructure operator and managed a total of 2 million tower sites.

At the conference, Tong said he expected the company to see 5G revenue grow over time and that the company plans to invest 17 billion yuan in the area this year, without offering details of how the money would be spent.

However, the investment is likely to go mainly to “base station site power supply upgrades and backup batteries,” according to a note released by BOCI Research Ltd., the research arm of the Bank of China.

Though rapid 5G development is expected this year, the company is unlikely to see its revenue from the next-generation networks rise dramatically. That’s because most of the 5G base stations will be upgraded 4G stations, not new stations, so it will be difficult to get the telecom firms to pay significantly higher rental fees, the note said.

Tong said that the ongoing coronavirus epidemic hasn’t disrupted China Tower’s infrastructure development plans and that 90% of its staff have resumed work.