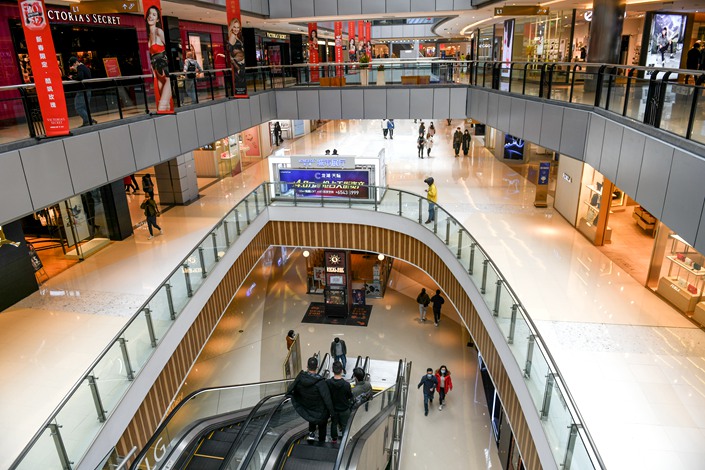 Local governments have been warned to do the math before they start handing out vouchers to consumers to stimulate spending and help their economies recover from the impact of the coronavirus epidemic.

“Local governments should pay attention to two things when making these policies,” Ha Zengyou, director-general of the employment and income distribution department at the National Development and Reform Commission, said (link in Chinese) at a press briefing on Wednesday. “First, they should consider how much funding they can afford and second, they must ensure that the measures can bring real benefits to businesses and the public.”

Ha’s comments came after three major cities in eastern China –– Nanjing, the capital of Jiangsu province; Jinan, the capital of Shandong; and Ningbo, a port city in Zhejiang –– issued coupons with a combined face value of more than 400 million yuan ($56.6 million). The vouchers can be spent on specific activities such as tourism, entertainment and catering, some of the sectors hit hardest by the epidemic. Other towns and cities, and even companies, could follow suit as they return to an initiative used during the global financial crisis to boost spending.

Suning.com Co. Ltd., one of China’s biggest brick-and-mortar and online retailers, handed out coupons worth 500 million yuan. It will give consumers as much as 500 yuan each to promote sales of home appliances, electronics, clothes and jewelry until the end of March.

But with many local authorities already cash-strapped due to slowing growth, and even outright declines, in tax and other fiscal revenue as a result of central government policy to slash taxes and fees, they are in danger of overstretching their already thin resources.

Some analysts say tight fiscal revenue will be an obstacle for many cities. “The key is where is this money coming from,” one finance and tax researcher told Caixin.

Last year, China missed its fiscal revenue growth target, and income rose at its slowest pace in more than 30 years. The combined revenue of local governments grew 3.2% in 2019, while central government revenue was up 4.5%. This year could be even tougher as the coronavirus outbreak deepens the economic slowdown.

Consumer spending collapsed in the first two months of 2020 as large swathes of the Chinese economy were closed down as part of the government’s efforts to stop the spread of the deadly coronavirus. Data released this week showed China’s retail sales, which include spending by governments, businesses and households, fell 20.5% year-on-year in January and February combined, the steepest fall on record, while catering sales plunged by 43.1%.

Trip.com Group, China’s largest online travel platform, warned this week it expects its revenue in the first quarter of 2020 to drop 45% to 50% as a result of the epidemic. Gree Electrical Appliances Inc., China’s leading manufacturer of air conditioners, said on Tuesday it had almost no sales in February compared with 10 billion yuan in the same period last year.

“The short-term impact of the epidemic has been relatively large, but the impact will be temporary, phased and controllable,” Ha said. “As production and business operations resume and daily life returns to normal, pent-up consumer demand, which has been frozen by the epidemic, will be unleashed.”

Any large-scale nationwide plans to boost consumer spending do carry risks, economists said. Handing out subsidies to households could stoke inflation at a time when there could be supply shortages as businesses are only slowly getting back to normal, Lu Ting, chief China economist at Nomura International Ltd., wrote in a Caixin opinion piece (link in Chinese).

Shen Jianguang, chief economist at Beijing Jingdong Digital Technology Co. Ltd., said authorities should to help businesses resume operations as quickly as possible at the same time as issuing vouchers because some spending, such as catering and tourism, can’t have an impact unless controls are eased.

Helping businesses get back to work is crucial to stabilizing employment, the finance and tax researcher told Caixin. “Stable employment means stable income, and when household income is stable, consumption will naturally stabilize,” he said, adding that vouchers may give a temporary boost to consumption, but will have little long-term impact on consumption.