With No New Covid-19 Cases, Wuhan’s Neighbors Ease Up on Traffic Controls

By Isabelle Li and Zeng Lingke 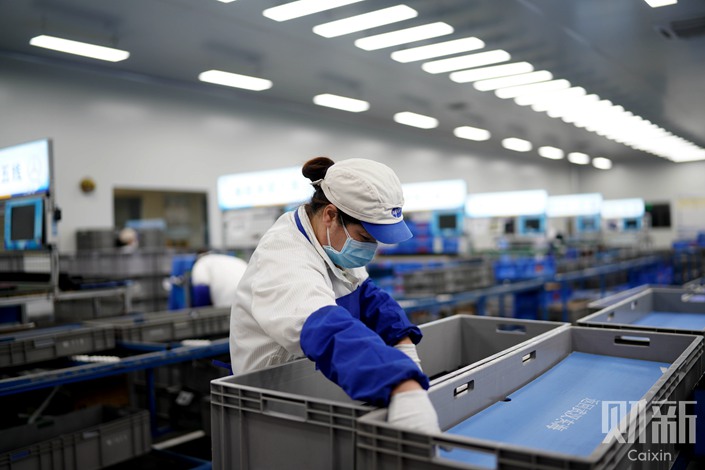 Hubei’s epidemic control center announced on March 11 that the province will classify every county as a low-, middle- or high-risk zone, allowing companies to reopen and restart production based on their location. Photo: Ding Gang/Caixin

Cities in Hubei province, the epicenter of coronavirus outbreak in China, have relaxed traffic restrictions, roadblocks and even temperature checks to support a gradual resumption of production and commercial activity.

Qianjiang, Shiyan and Xiangyang had removed all traffic controls by Wednesday, when Hubei province recorded no new cases of Covid-19 for the first time since the pandemic began in January.

Jingzhou also announced (link in Chinese) that starting from Tuesday, downtown roadblocks would be removed, though barriers at the city’s border will remain until further notice.

In the rest of the province, cities including Huangshi, Xiantao, Xianning, Xiaogan, and Shennongjia have removed most traffic restrictions in their downtown areas and are looking into gradually resuming public transportation in the rest of their jurisdictions.

The virus-stricken province, where more than 3,000 have died of the Covid-19, is pushing for a gradual resumption of business and production after more than 50 days of stagnation. Hubei’s epidemic control center announced on March 11 that the province will classify every county as a low-, middle- or high-risk zone, allowing companies to reopen and restart production based on their location.

Counties with zero new confirmed Covid-19 cases for 14 straight days are categorized as low-risk zones. As of Sunday, 71 of Hubei’s 76 counties met that standard. Only one place in the province, downtown Wuhan, was classified as high-risk.

Wuhan remains the most strictly controlled, and provincial leadership suggested that no business or production could resume earlier than Friday, except for those deemed essential to containing the virus and maintaining public welfare.

In Wuhan, key industries including automotive production gradually began restarting over the weekend. Some of Wuhan’s major carmakers and auto parts manufacturers resumed production on Saturday, though it is expected to take quite some time before they bring output back to normal due to restraints on their supply chains and workforces.

Although the central Chinese province recorded no new cases (link in Chinese) Wednesday of Covid-19, the disease caused by the new coronavirus, eight patients there died from the illness, according to the Hubei health commission

As of Thursday, Hubei has reported a total of 67,800 confirmed cases, including 50,005 cases in the capital of Wuhan, according to the commission. A total of 3,130 patients in the province have died from the virus and 57,678 have been discharged from the hospital after making a recovery.