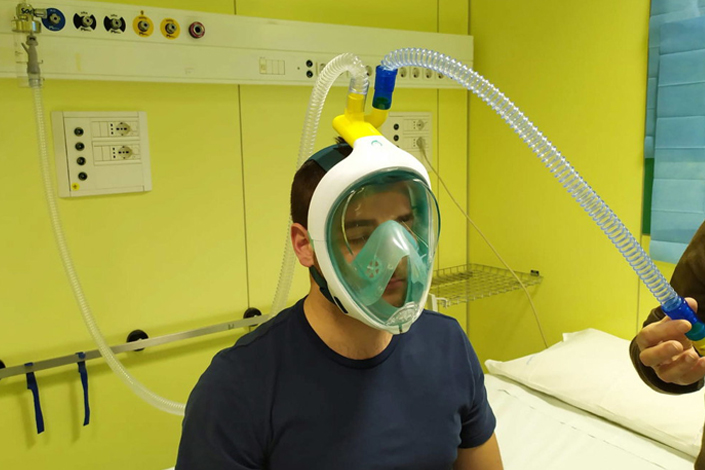 As Italy suffers one of the world’s highest Covid-19 fatality rates, new research is showing the phenomenon could be due to its large elderly population, testing policies and definition of what constitutes a death from the coronavirus.

The findings were published in a March 23 article “Case-Fatality Rate and Characteristics of Patients Dying in Relation to COVID-19 in Italy” in the Journal of the American Medical Association (JAMA). Italy has captured global headlines for much of the last month due to the rapid explosion of its caseload and its high death rate.

The country had more than 69,000 cases as of Wednesday, making it the world’s second most infected behind China with 81,637 cases, according to data compiled by Johns Hopkins University. But while China’s death rate stood at about 4%, Italy’s was nearly 10%. The JAMA paper said that based on data up to March 17, Italy had 22,512 infections and 1,625 deaths, a death rate of 7.2%.

The paper pointed to Italy’s relatively high population of elderly people as one of three possible factors behind the high death rate, since the elderly are one of the highest-risk groups. Statistics show that 23% of Italians were 65 or older last year.

Even though Italy’s death rate far exceeded the 2.3% seen in China as of March 17, the two countries experienced roughly identical rates for people age 69 and younger, with figures at 3.6% or less. But when it came to people 70 and older, Italy’s death rate was much higher than China’s. People age 70 to 79 had a 12.8% mortality rate in Italy, versus 8% for China. And people over 80 had a mortality rate of 20.2% in Italy, versus 14.8% for China.

The number of elderly people in Italy’s total caseload was also relatively high, with people over 70 representing 37.6% of all cases. In China that group represented a much lower 11.9%.

Italy’s definition of what constitutes a death from the virus may have also raised its overall death rate, the paper found, since there is currently no globally accepted standard for such deaths. In Italy’s case, the virus was labeled as the cause of death for anyone who tested positive and later died, regardless of the actual cause of death. But in reality, many of those people had other conditions that may have contributed to their death.

The paper looked at a subsample of 335 Italian patients diagnosed with Covid-19 with an average age of 79.5, and discovered the mean number of preexisting diseases per patient within that group was 2.7. It found that 30% of the group had ischemic heart disease, 35.5% had diabetes, 20.3% had active cancer, 24.5% had atrial fibrillation, 6.8% had dementia and 9.6% had a history of stroke. Only three patients in the group had no other diseases.

“Covid-19-related deaths are not clearly defined in the international reports available so far, and differences in definitions of what is or is not a Covid-19-related death might explain variation in case-fatality rates among different countries,” the study’s authors wrote.

Finally, Italy’s testing strategy may have also been a factor in its high mortality rate, the paper said. In the early stages of the outbreak, all people who had close contact with confirmed Covid-19 patients were tested, regardless of whether they had symptoms. But on Feb. 25 more stringent procedures were laid out that prioritized testing for people with more severe symptoms.

Thus the reported death rate may have risen with the introduction of this new policy, since the death rate for people with severe symptoms is higher than that for people with less severe or no symptoms. The authors noted that after the policy change, the mortality rate rose from 3.1% on Feb. 24 to 7.2% on March 17.