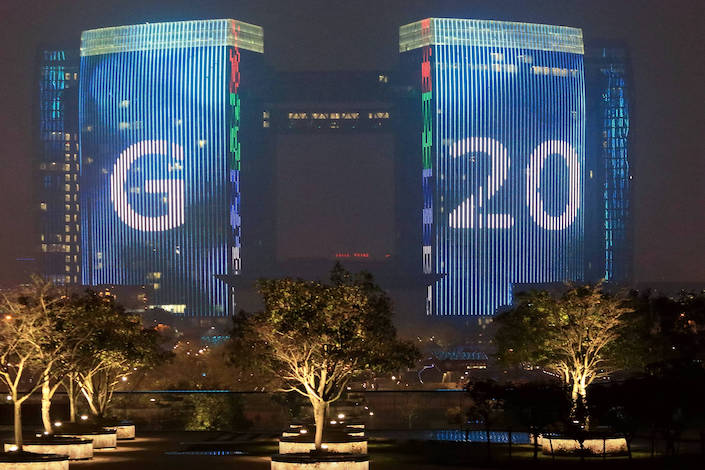 World leaders from the Group of 20 major economies, including Chinese President Xi Jinping, will convene an emergency video summit Thursday to discuss the global response to the coronavirus pandemic.

All but one of the top 10 hardest-hit countries by the pandemic are G-20 nations. The focus is whether the group of world’s major economies will launch coordinated stimulus policies as they did during the global financial crisis in 2008 amid criticism that the group lacks a coordinated response to the present crisis.

During the 2008 financial crisis, the collective actions by the leaders of the world’s 20 most important economies provided a strong shot to the world economy, said Jean-Claude Trichet, who was president of the European Central Bank at the time.

At the November 2008 G-20 summit in Washington, world leaders pledged to use a mix of fiscal and monetary moves policy to stimulate demand and pump liquidity into the global financial system, followed by more pledges of financial support at the April 2009 London summit.

Trichet, who attended the London conference, told Caixin that a combination of similar fiscal stimulus measures would help boost the confidence of global markets and people to cope with the impact of the outbreak.

The International Monetary Fund expects a global recession at least as severe as during the global financial crisis or even worse, Managing Director Kristalina Georgieva said Monday after a conference call with G-20 finance ministers and central bankers. The IMF chief welcomed extraordinary fiscal actions already taken by many countries and steps taken by central banks to ease monetary policy and called for more measures.

“Even more will be needed, especially on the fiscal front,” she said.

The impact of fiscal stimulus can be up to twice as large when coordinated across the G-20 because when any country operates on its own, there is demand leakage into imports that reduces the effect, said Adam Triggs, a fellow at the Washington think tank Brookings Institution.

Coordinated actions also face challenges as the pandemic’s impact on each country is different. The outbreak seems to have been largely contained in China, while conditions in Europe and the U.S. are still worsening. China may not need stimulus as aggressive as the Western countries, and it might be easier for the Group of Seven— the U.S., the U.K., Canada, France, Germany, Italy and Japan—to act together, suggested Jim O'Neill, chairman of Chatham House, a London-based policy institute.

The fact that countries are at different stages of the pandemic should not be an excuse for a lack of communication and coordination, Trichet said. Looking back at the 2008 financial crisis, the U.S. and the U.K. were more exposed than other countries, but that didn’t hinder coordinated actions at the G-20 level, he said.

The G-20 should establish a fund to support the World Health Organization’s efforts to monitor and report on the emergency and to coordinate the supply of basic equipment like testing kits and face masks, suggested Paola Subacchi, former director of international economics research at Chatham House.