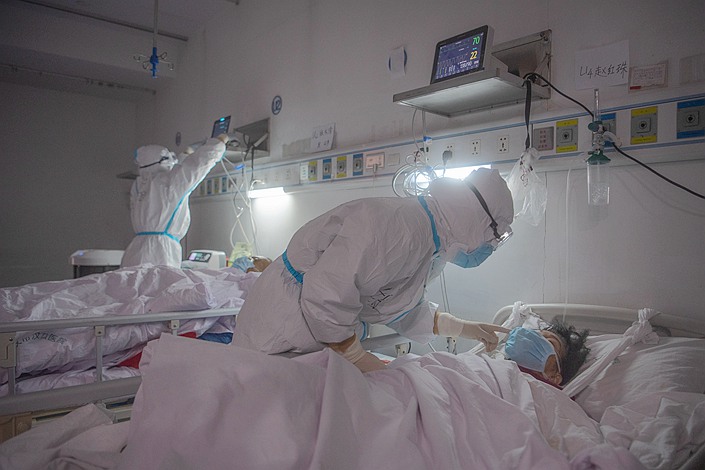 The viral load of the novel coronavirus was very high at early presentation of symptoms for most patients, a new study has found, indicating that the virus could easily spread even when symptoms were mild.

The study, published this week, reveals that patients’ salivary viral load was at its highest during the first week after the onset of symptoms and subsequently declined over time, according to the scientists behind the study, which was conducted by a team led by Kwok-Yung Yuen from the Department of Clinical Microbiology and Infection Control of the University of Hong Kong–Shenzhen Hospital.

For the study, the team looked at 23 patients admitted to Hong Kong hospitals. They found that for most patients, the viral load of SARS-CoV-2, the novel coronavirus, was very high when symptoms first presented themselves, but then declined steadily. Older age was correlated with higher viral load, according to the study, which was published Monday in The Lancet, an international medical journal.

Researchers pointed out that unlike SARS, or severe acute respiratory syndrome, patients with Covid-19 had the highest viral load near presentation, which could account for the fast-spreading nature of the epidemic. This finding illustrates the “importance of stringent infection control and early use of potent antiviral agents, alone or in combination, for high-risk individuals,” the authors wrote.

The viral load profile of SARS-CoV-2 is similar to that of influenza, which peaks at around the time of the onset symptoms. This contrasts with the viral load profiles of both the SARS virus and the coronavirus that causes Middle East respiratory syndrome (MERS) — MERS-CoV — which peak around 10 days and the second week, respectively, after symptoms come on, according to the study.

The high viral load on presentation of symptoms suggests that the novel coronavirus can easily be transmitted, even when symptoms are relatively mild. “This finding could account for the efficient person-to-person transmission noted in community and health-care settings,” the authors wrote.

The study also showed that SARS-CoV-2 ribonucleic acid (RNA) could be detected for 20 days or longer in one-third of patients in the study who survived. In one patient, the virus was detectable for 25 days.