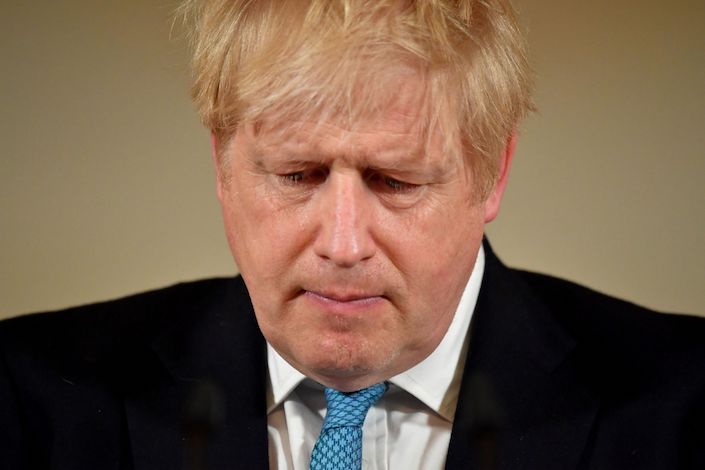 Johnson will self-isolate in Downing Street for seven days after a test Thursday found he had the virus, his spokesman James Slack told reporters Friday. Meals will be left at Johnson’s door while he continues to work by video-conference, Slack said.

“I’ve developed mild symptoms of the coronavirus ― that’s to say a temperature and a persistent cough,” Johnson said in a video posted on Twitter. “Be in no doubt I can continue, thanks to the wizardry of modern technology, to communicate with all my top team, to lead the national fightback against coronavirus.”

“Over the last 24 hours I have developed mild symptoms and tested positive for coronavirus,” Boris tweeted. “I am now self-isolating, but I will continue to lead the government’s response via video-conference as we fight this virus. Together we will beat this.”

Johnson is the latest high-profile individual to contract the virus after Prince Charles, the heir to the British throne, also tested positive. Johnson was assessed by National Health Service staff on the advice of the Chief Medical Officer Chris Whitty.

Foreign Secretary and First Secretary of State Dominic Raab would stand in for Johnson if the prime minister is unable to carry out his duties.

Johnson ended his Twitter video by thanking the public services for their efforts and reiterated his optimism that the country will overcome the virus challenge.