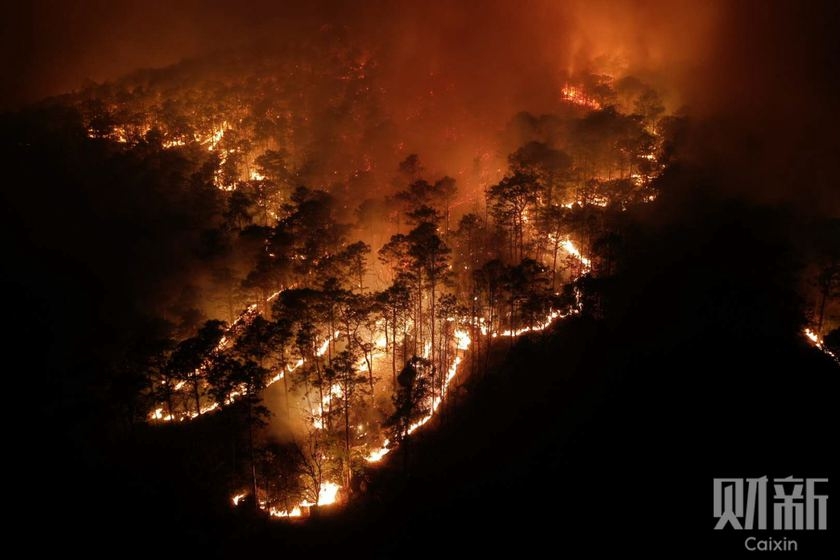 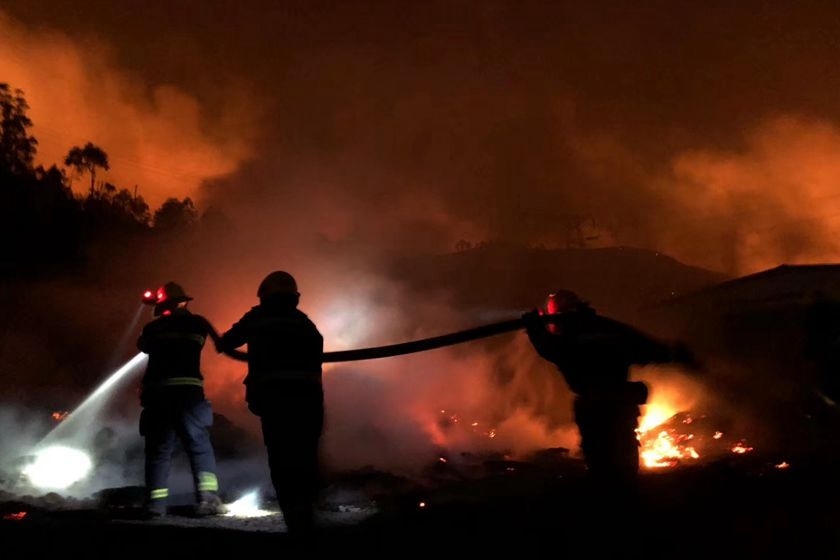 Rescue workers walk around the edge of the blaze Monday night. Photo: People.vcg 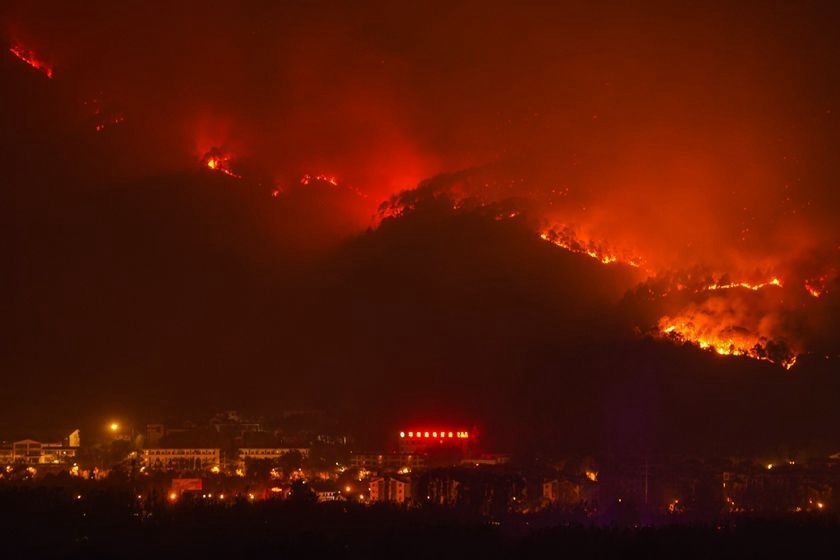 The wildfire encroaches on the city of Xichang on Monday evening. Photo: People.vcg 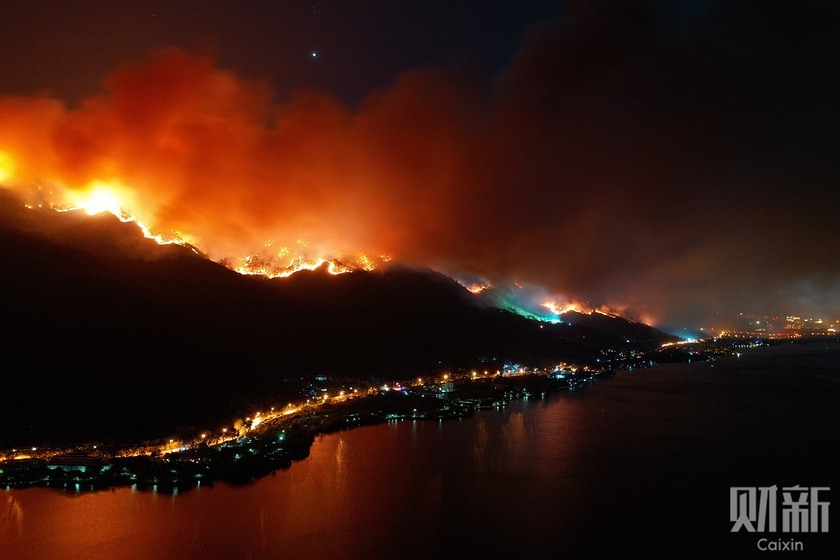 According to the Xichang city government on Tuesday, the fire has burned over 1,000 hectares (2,471 acres). Photo: Chen Liang/Caixin 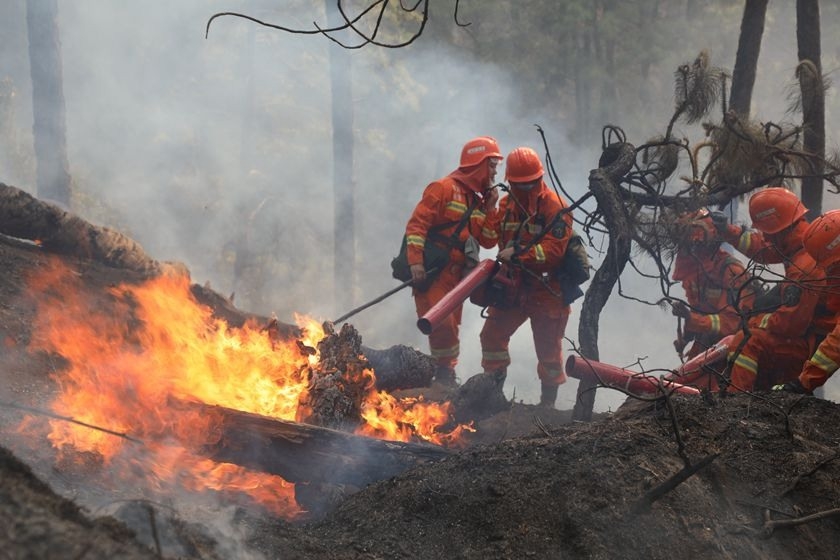 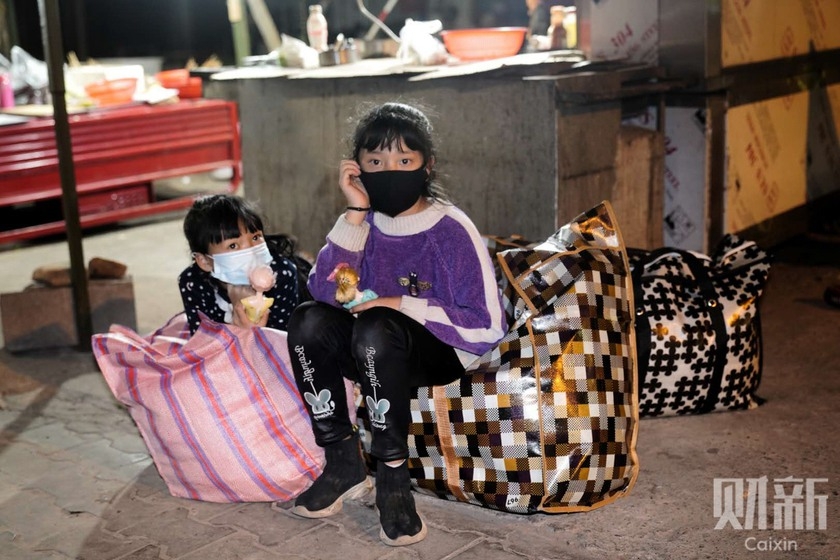 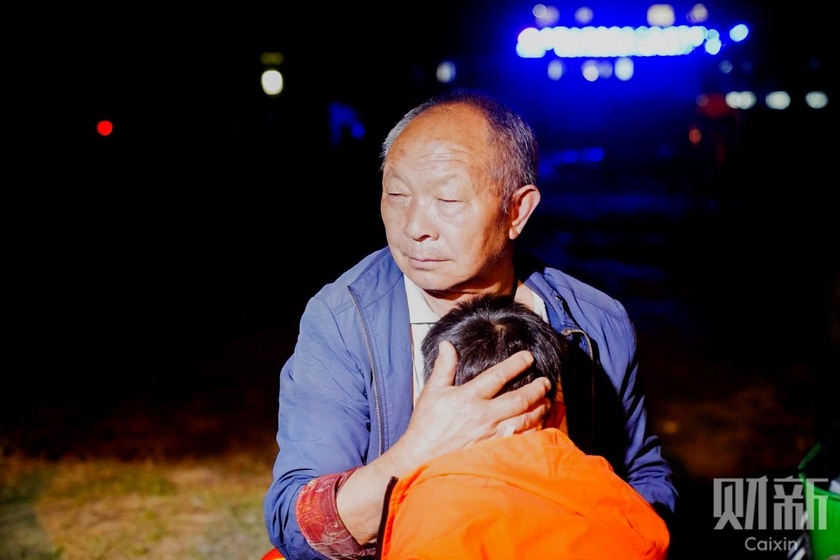 An elderly resident comforts a child after the evacuation. Photo: Chen Liang/Caixin 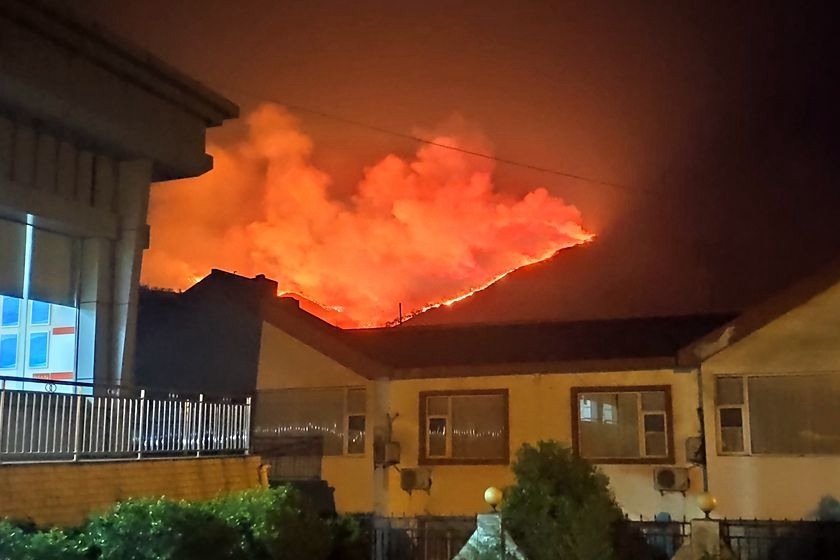 The wildfire’s flames rise high into the sky Tuesday. Photo: Courtesy of a local resident 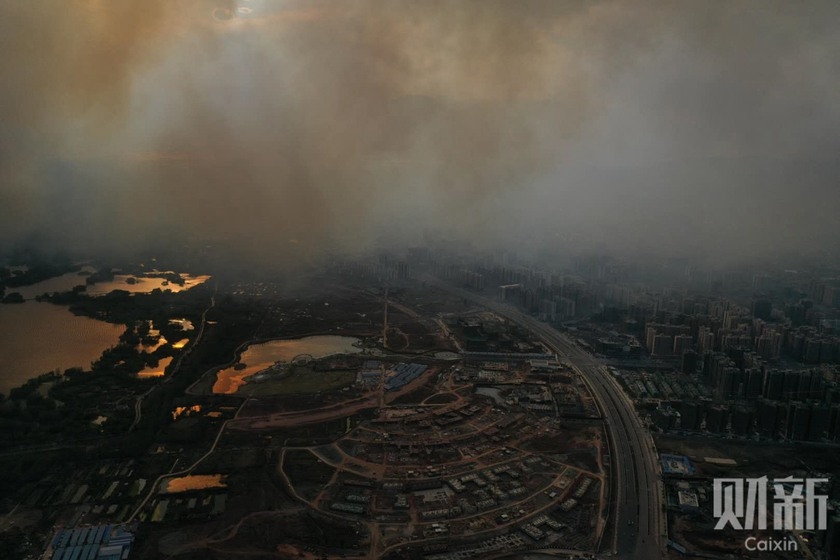