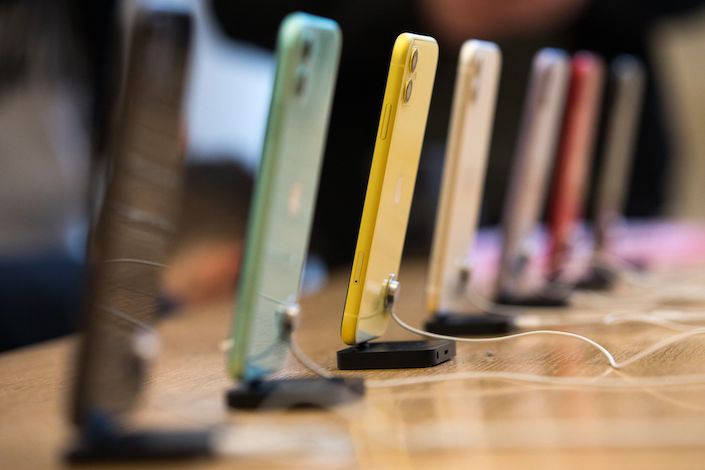 (Bloomberg) — Apple Inc.’s most important manufacturing partner reassured investors it can still get the latest 5G-enabled iPhones ready for an autumn launch despite the global Covid-19 upheaval.

Hon Hai Precision Industry Co., which makes most of the world’s iPhones, told investors it’s lost time to travel restrictions and other disruptions caused by the coronavirus pandemic. But with months to go before the first trial assembly lines start up in June, Hon Hai can still make the deadline, investor relations chief Alex Yang said on a private conference call hosted by Goldman Sachs.

Hon Hai, also known as Foxconn, struggled through much of February after the Covid-19 outbreak delayed the return of the hundreds of thousands of workers needed to assemble iPhones and other electronics. While it has since resumed normal operations, the month-long hiatus cast Apple’s carefully calibrated product launch schedule into doubt. Much now depends on the course of the pandemic and a postponement remained very much in the cards though the new iPhones should emerge in time to catch the crucial holiday season, Yang said.

“We and the customer’s engineers are trying to catch up the missing gap, after we lost some days due to travel ban,” Yang said. “There’s opportunity and possibility that we might catch up. But if there’s a further delay in the next few weeks, months, then you probably have to reconsider launching time. It’s still possible.”

As China’s largest employer and manufacturer of a plethora of electronics brands, Hon Hai encapsulates how the outbreak disrupted the global supply of made-in-China electronics. Apple scrapped its revenue guidance for the March quarter after the contagion disrupted its production chain.

Foxconn said in a statement that Wednesday’s conference call was intended to communicate its thoughts on the latest developments affecting the consumer electronics industry and not focused on any specific products or customer.

The next iteration of Apple’s signature device may well be one of its most important in years — an iPhone that can make full use of the fifth-generation wireless networks that promise much faster video and gaming. The U.S. company is already a step behind Samsung Electronics Co. and Huawei Technologies Co., which began selling 5G devices last year.

Covid-19 is now jeopardizing Apple’s plans. Mass assembly is only one part of the iPhone maker’s supply chain, which encompasses hundreds of suppliers. Apple and its many partners spend months or even years sourcing individual components that are assembled into final products. Any disruptions to that complex network could slow the introduction of future devices. Trial assembly typically begins in early June and — once finalized — mass production commences in August, Yang said.

Hon Hai was forced to postpone the reopening of its “iPhone City” mega-complex in the central city of Zhengzhou while it imposed strict quarantine measures on thousands of laborers. But Foxconn has since sharply raised signing bonuses to attract new workers and said it reached full seasonal staffing earlier than an original target of late March.