By Dave Yin and Zhang Erchi 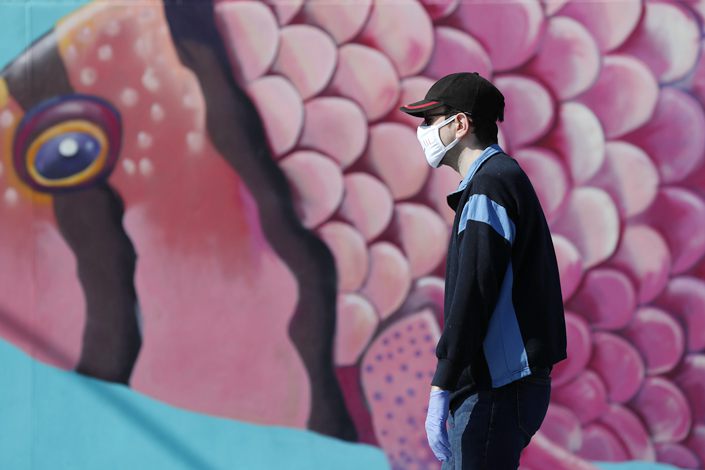 The CDC is set to recommend face coverings in public settings such as pharmacies and grocery stores — a reversal that it said is at least partly in recognition of asymptomatic transmission.

As the U.S. signals an about-face in its mask-wearing policy, Western governments may finally be reaching a juncture at which their health recommendations approximate those of many Asian countries, though, by now, worldwide reported cases of Covid-19 have already exceeded 1 million.

At a briefing Thursday evening in Washington, U.S. President Donald Trump said that his administration was set to unveil new regulations for wearing masks, hinting that the government was about to veer from its current course of keeping the protective gear out of the hands of those who don’t show signs of illness.

With this, the country with the largest number of reported Covid-19 cases, totaling 245,573 infections and 6,058 deaths Friday evening, becomes the latest of a growing list of countries to ignore advice from the World Health Organization (WHO), which on the same day continued to recommend that only people who are “coughing or sneezing” wear masks, despite numerous studies suggesting that asymptomatic Covid-19 patients are contagious and that the virus remains viable in the air.

“It appears that we’re shedding significant virus in our oropharyngeal compartment, probably up to 48 hours before we show symptoms,” the U.S. Centers for Disease Control and Prevention (CDC) director Robert Redfield told U.S. public broadcaster NPR Monday. “This helps explain how rapidly this virus continues to spread across the country, because we have asymptomatic transmitters and we have individuals who are transmitting 48 hours before they become symptomatic.”

According to a Friday report in The New York Times, the CDC is set to recommend face coverings in public settings such as pharmacies and grocery stores — a reversal that it said is at least partly in recognition of asymptomatic transmission.

But the U.S.’ policy, which Trump has emphasized is optional, still lags behind other countries that have begun to encourage or have even mandated mask use, even discounting China, Japan, South Korea and Singapore, where their use has long been widespread.

As of Wednesday, Austrian supermarkets will provide shoppers with masks on entry that will be mandatory while shopping.  It joined countries in Europe including the Czech Republic, Slovakia, and Bosnia and Herzegovina that are promoting the protective equipment.

In Germany on Tuesday, a lone city, Jena, home to about 500,000 people, mandated masks in certain public settings, stirring a national debate over whether the move should be applied across the country.

Meanwhile, as factory and in-store supplies are snatched up around the world, Japanese Prime Minister Shinzo Abe said that his administration would distribute washable cloth masks to about 50 million households as part of a new stimulus package, Japan Today reported.

Canadian, Australian and U.K. officials continue holding out against recommending their use, something that top Chinese scientists have publicly criticized.

When asked by the journal Science what big mistakes the U.S. and Europe have made in their efforts to control the epidemic, George Gao, director-general of the Chinese Center for Disease Control and Prevention said, “It’s … that people aren’t wearing masks.”