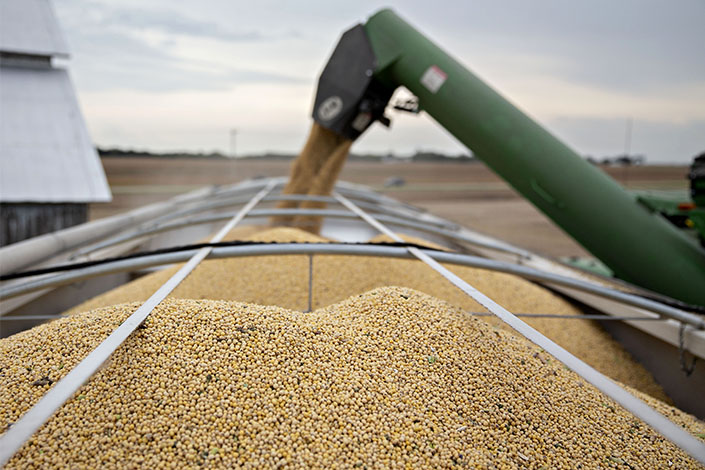 The Food and Agriculture Organization (FAO) has raised its estimate for global cereal production in 2019, a move that may restore confidence in the food supply after several countries restricted grain exports amid fears of food shortages due to the coronavirus pandemic.

In its latest Cereal Supply and Demand Brief, which was published Wednesday, the UN’s top food and nutrition body said the world produced 2.72 billion tons of cereals — a category that includes wheat, coarse grains and rice — in 2019, 1.2 million tons more than originally estimated and a 2.4% increase on 2018’s total output. The FAO partly attributed the rise to higher-than-expected yields of maize in the European Union and Russia.

Global grain markets remain “well-supplied” through 2020, the FAO said. The report comes after multiple countries, including Cambodia, Vietnam and Egypt, limited or completely banned exports of some agricultural products amid fears that the Covid-19 pandemic may cause domestic food shortages. The FAO previously said it expected disruptions in food supply chains as of April and May.

Wheat output in 2020 is expected to reach 763 million tons, a figure on a par with 2019, the report said. The FAO adjusted rice output slightly downward but is still expects a yield of 512 million tons this year, which would be the second-largest volume on record.

The organization largely expects global trade in cereals to remain on an upward trajectory from last year, with the potential for the volume of maize traded to reach an all-time high later this year following record shipments from Argentina, Brazil and Ukraine that will offset a fall in exports from the United States.

However, the FAO slashed its projection for the global rice trade by 700,000 tons to around 45 million tons in the year to December, due to lower-than-expected import expectations from the Asian Near East and Africa and potentially fewer exports from the major producers of India and Thailand.

Vietnam, the world’s third-largest rice exporter which accounts for 15% of the world’s total trade, stopped accepting new orders for the grain from overseas on March 28. Meanwhile, Cambodia said it would suspend exports of white rice and rough rice from Sunday, while Egypt has suspended exports in legumes as part of “preventative measures” against the virus.

Experts have expressed concern that restrictions of agricultural goods across multiple countries could disrupt supply and demand in the global market and cause price fluctuations that could wreak havoc on heavily import-reliant regions like Africa and Middle East.

However, the FAO has said that spikes in prices are more likely to occur for high-value foods like meat, fish and perishables than for grains.

On Saturday, Pan Wenbo, an official at China’s Ministry of Agriculture and Rural Affairs, moved to prevent domestic panic buying of food. “There is enough rice and flour however you usually buy them, so there is no need to hoard them,” he said at a press conference.

China only imports around 2% of cereals from abroad, Pan added, stressing that the international market’s impact on China’s grain supply is limited.