By Zheng Linchun and Isabelle Li 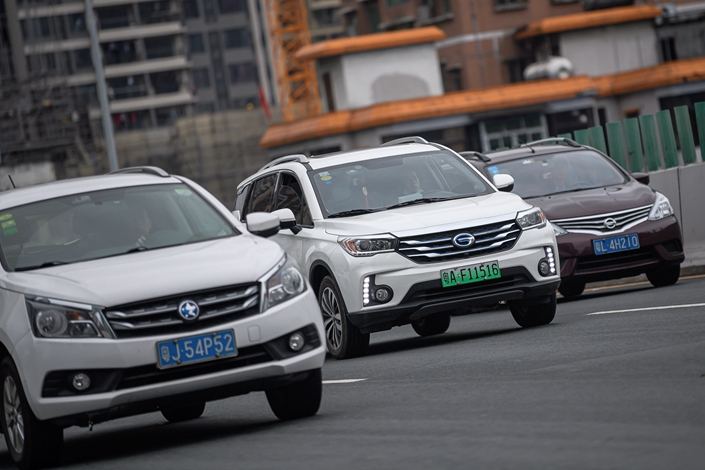 At least a dozen local governments have taken the lead from Beijing policies offering tax breaks and subsidies to boost car sales by devising their own incentives to stimulate auto industry retail activity.

The Guangzhou municipal government announced last Friday, on the eve of a three-day holiday, it would release more car license plates for auction and help automakers to subsidize the successful buyers to purchase vehicles.

The latest incentives announced by Guangzhou encourage local automakers to support buyers’ bidding expenses. If a manufacturer subsidizes purchase of a car by 10,000 yuan, around 60% of an average deal price, the company will get a 5,000-yuan benefit from the municipal finance ministry, according to Friday’s announcement.

Among other local government auto industry stimulus activities, residents of Shenzhen’s Futian and other districts receive cash coupons for auto purchases. In Beijing, car-owners can get subsidies to replace their high-emission old vehicles.

The sluggish demand in the auto market is expected to recover at a slow pace as the impact of the Covid-19 outbreak fades in many areas of the country. But the auto industry has taken a hit from the double whammy of a prolonged sales slump and fallout from the pandemic.

Guo Junrong, chief secretary of the Association of Guangzhou Automobile Service Industry, told Caixin the current level of auto sales is about half of what was traded the same time last year.

The deputy head of Guangzhou Commerce Bureau, Lin Guoqiang, said in a press conference on Friday the municipal government was planning to provide 450 million yuan this year in car replacement subsidies.

In Beijing, the State Council, China’s cabinet, announced a two-year extension last week of price subsidies to makers of new-energy vehicles (NEVs) and waived car purchase taxes for NEV consumers until the end of 2022.

Taxes on used car transactions also will be slashed to nurture development of the pre-owned car market.

Data from the Ministry of Industry and Information Technology (MIIT) showed that about 97% of China’s auto manufacturing capacity has resumed after months of shutdown during the virus outbreak.