By Matthew Walsh and Li Mingming 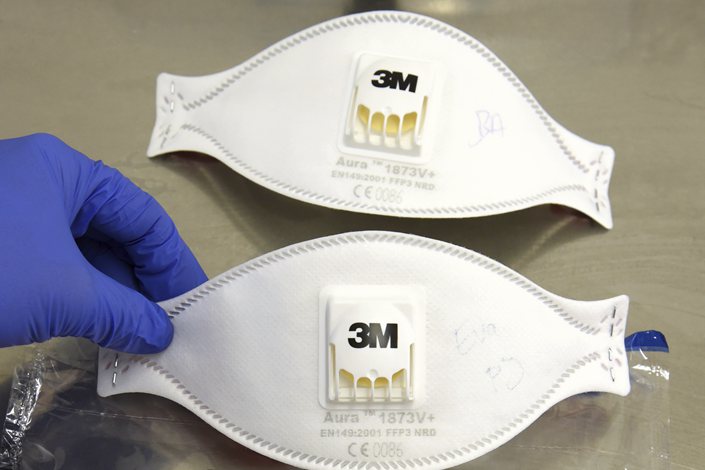 The company will import the respirators from its China factory to supplement the 35 million masks it produces per month in the United States.

The United States has reached an agreement with the American multinational 3M Co. to deliver 166.5 million additional masks over three months for U.S. medical workers and others in the battle against the novel coronavirus, President Donald Trump said Monday.

The company will import the respirators from its China factory to supplement the 35 million masks it produces per month in the United States, 3M said in a statement, adding that it will continue to export some masks from the U.S. to Canada and Latin America.

The deal means “the 3M saga ends very happily,” Trump said at a White House press conference. Last week, the president blasted 3M for shipping masks overseas that his administration said were needed by health personnel in the U.S. The company pushed back last week against a request from the administration to halt exports of protective face masks, saying the move would cut off critical supplies for neighboring countries and raise “significant” humanitarian concerns.

The agreement comes after a jarring few days in which the Trump administration took dramatic steps to curb the export of American medical supplies only to later ease restrictions amid a global backlash.

Amid widespread criticism of the government’s handling of the Covid-19 epidemic, Trump on Friday slapped an export ban on N95 masks, surgical gloves and other protective equipment. Dozens of other economies, including China and the EU, have done the same in recent weeks.

U.S. allies have also said the country is also aggressively outbidding other countries for supplies on the international market.

Then, on Saturday, President Trump said he was invoking the Defense Production Act — a Korean War-era law permitting the president to require businesses to take on contracts deemed necessary for national defense — in order to make sure that U.S.-made medical products were being used to plug the country’s own supply shortages.

“We need the masks. We don’t want other people getting it, and that’s why we’re — that’s why we’re instituting a lot of Defense Production Act, you could call it, retaliations,” Trump told reporters. “If people don’t give us what we need for our people, we’re going to be very tough, and we’ve been very tough.”

Canadian officials scrambled over the weekend to try to convince the Trump administration to exempt their nation from any export ban and those talks continued Monday with Secretary of State Mike Pompeo speaking with his counterpart. The move has drawn particular outrage in Canada because the U.S. neighbor provides raw materials for masks made by American producers such as 3M and Honeywell.

On Monday, Canada’s foreign minister, François-Philippe Champagne, spoke with Pompeo about ensuring the flow of essential goods and maintaining supply chains during the Covid-19 crisis, signaling an easing of trade tensions between the two longtime allies.

“We are interconnected and interlinked in so many ways from primary resources flowing to American companies to make the equipment that is so desperately needed both in North America and around the world, to actual shipments of products that go from Canada to the U.S. and from the U.S. to Canada,” Canadian Prime Minister Justin Trudeau said Monday.