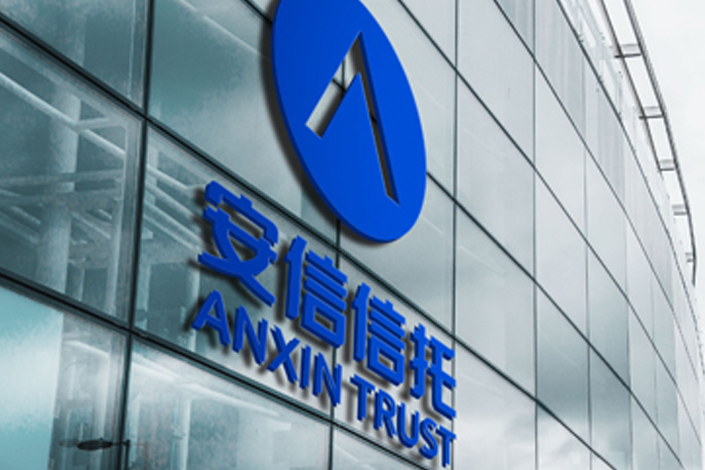 China has 68 authorized trust companies and Anxin was one of the best-performing in 2017, but it plunged into the red in 2018 due to heavy investment losses. Photo: Anxin Trust

Anxin was found to have illegally misappropriated investments in trust products, concealed product risks when promoting them to investors, and posed huge payment risks by guaranteeing returns to some investors, according to a Tuesday filing (link in Chinese) to the Shanghai Stock Exchange. The regulator said it will restrict Anxin’s profit distribution to the company’s largest shareholder, Shanghai Gorgeous Investment Development Co. Ltd., which holds a 52.4% stake in Anxin and is controlled by businessman Gao Tianguo.

The statement came days after the Shanghai bureau of the China Banking and Insurance Regulatory Commission (CBIRC) announced (link in Chinese) it would fine Anxin 14 million yuan ($2 million) for regulatory violations. The regulator also said in another statement posted last week (link in Chinese) that Yang Xiaobo, who was president of Anxin for four years, would be banned for life from serving as a senior executive or board director in any banking sector institutions.

In the Tuesday filing, Anxin said the regulator accused the company of illegally promising minimum returns or zero losses to investors in eight trust products from July 2016 to April 2018, involving 3.3 billion yuan in investment. The agreements had all expired by the end of July 2019, causing huge payment risks, the regulator said.

The Shanghai banking regulator also said that Anxin concealed risks when promoting its trust products to investors from 2018 and 2019. From 2016 to 2019, Anxin illegally operated a range of illegal shadow banking businesses. The regulator also accused Anxin of failing to fully and accurately disclose the returns and risks of its trust products during the three-year period.

The company is the latest casualty in an industry characterized by ambitious, risky investment schemes aimed at providing investors with high returns. China has 68 authorized trust companies and Anxin was one of the best-performing in 2017, but it plunged into the red in 2018 due to heavy investment losses which triggered an exodus of top executives. The company has also warned (link in Chinese) it will post losses in its 2019 financial statement.

It asked for trading of its shares to be suspended from March 24 because of “significant uncertainties” regarding a “significant item.” On March 31, Anxin said in a filing (link in Chinese) that the company faced liquidity risks after falling behind on payments for some of its trust products, and was receiving guidance from regulators to resolve the financial risks. Trading of the company’s shares will resume no later than April 15.