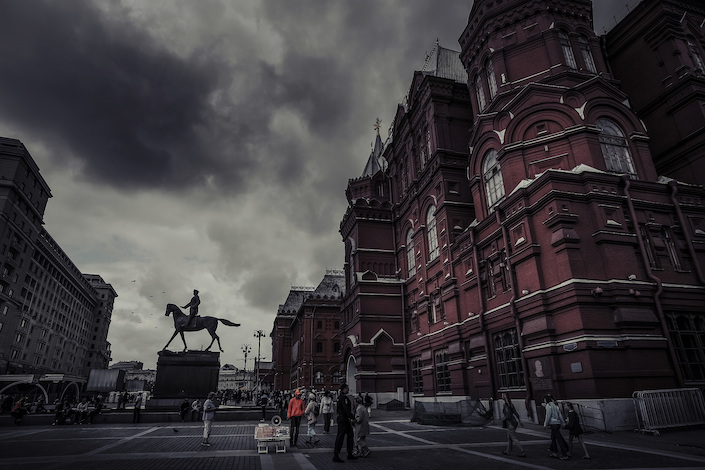 New imported cases in the northern province of Heilongjiang surged, fueled by an influx of travelers arriving from Russia. Photo: VCG

Heilongjiang, China’s northernmost province which borders Russia, reported 87 imported cases of Covid-19 in the past few days, 84 of which came from Russia through its northeastern land border. Since Russia shut down international flights earlier this month, the land border between the Russian city of Vladivostok and the Chinese city of Suifenhe had become one of the few entry points for Chinese living in Russia to come home.

Imported infections have become a major threat for rekindling the virus in China after the epidemic began to ease in the country and lockdowns generally came to an end, including the 76-day isolation of China’s epicenter Wuhan. As of Tuesday, there were 1,045 imported cases reported in China from countries around the world, according to the National Health Commission.

Suifenhe implemented Wuhan-like lockdown measures starting Wednesday. All residential compounds will be under closed management, and only one member of a household is allowed to go out to buy necessities once every three days, authorities said. Suifenhe is a small county-level city with a population of 70,000.

The Chinese consulate general in Vladivostok warned Chinese citizens Wednesday not to try to return to China through Suifenhe and other land crossings because of a high risk of infection on the Moscow-Vladivostok-Suifenhe route.

There have been 8,672 cases of coronavirus infections reported in Russia and 63 deaths, relatively low compared with other nations in Europe and the U.S. But Russia’s cases have spiked in recent days, with 1,175 new infections reported Wednesday, a record one-day increase.

All of the 84 imported cases in Heilongjiang are Chinese citizens. They first flew about nine hours from Moscow to Vladivostok and then took a bus for two hours to cross the Chinese border into Suifenhe. Upon arrival, they were quarantined at local hospitals or stadiums.

Suifenhe has been under tremendous pressure since the beginning of this month to screen a large influx of travelers from Russia. After an emergency meeting with Vladivostok authorities April 3, the Heilongjiang government decided to temporarily close a road entry passenger inspection channel in Suifenhe April 5, then reopen it the next day as the city exceeded its inspection and quarantine capacity. The inspection channel then closed again and will continue so through April 13 until further notice.

The city implemented a personnel entry control system to ensure 100% testing and quarantining locally, a state-run newspaper reported. A makeshift hospital with 600 beds will be created in a 13-floored office building and is expected to come into use by Saturday, CCTV reported.