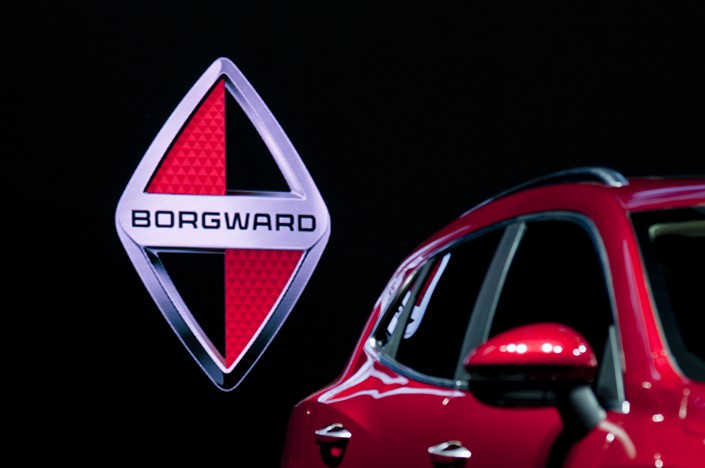 Founded in 1919, Borgward was to be an important plank in Lu Zhengyao's plans to build up a national network of car sellers in every Chinese city. Photo: IC Photo

The car group controlled by the chairman of scandal-hit Luckin Coffee has negotiated a delay in the payment of money it owes for a recent major acquisition, in the latest sign of financial pressure after the Starbucks challenger disclosed a major fraud in its 2019 financial reports.

Luckin Chairman and founder Lu Zhengyao has found himself at the center of a storm since last week, when the coffee chain disclosed that nearly half the revenue it reported in the last three quarters of last year was fake. The company blamed its chief operating officer for the fraud, and no signs have emerged that Lu was engaged in any wrongdoing.

But the scandal, which shaved more than 80% off Luckin’s stock, has also hit his older group of businesses centered on car services. That includes the Borgward brand, which was once Germany’s third biggest automaker but declared bankruptcy in 1961 and has been a bit player ever since.

Lu’s Ucar, operator of a limousine service, purchased 67% of Borgward last year for nearly 4 billion yuan ($566 million), with plans to build it into the manufacturing plank of its auto empire. But now Ucar may be having difficulty repaying both the purchase price and the large debt that Borgward owes to its previous owner, based on a Wednesday stock exchange filing by that previous owner, Beiqi Foton Motor.

Beiqi Foton sold the 67% of Borgward to Changsheng, a company affiliated with Lu, in 2018, in a deal that also included assumption of 4.27 billion yuan in debt owed by Borgward to Beiqi Foton. The debt was due for repayment within three years. Months later, Ucar agreed to buy Borgward directly for 4.1 billion yuan, with Lu eying the brand as the centerpiece of a future auto retailing business.

Based on the initial agreement, Changsheng was supposed to finish paying the original 4 billion yuan purchase price to Beiqi Foton by Jan. 15 this year. But in an announcement earlier this month, Foton said about 1.5 billion yuan of that was still outstanding. Foton said the two sides agreed that the deadline for repayment of the 1.5 billion yuan still owed by Changsheng would be extended until Dec. 31, according to an announcement to the Shanghai Stock Exchange dated on Thursday.

Money owed to Beiqi Foton by Borgward hasn’t come due yet, though 1.9 billion yuan is set to be repaid by July 17, according to the original stake sale agreement. That loan must be paid off in full by Jan. 17, 2022, though the two sides agreed that could be extended by a year depending on Borgward’s financial situation, according to Foton’s latest announcement.

No additional explanation was given for why Changsheng or current stake owner Ucar were facing delays paying the original purchase price, or why the potential one-year extension was being proposed for repayment of money owned by Borgward to Beiqi Foton.

But the difficulties being faced by Luckin are already showing signs of spreading to Lu’s other holdings, including his auto assets. Earlier this week, Goldman Sachs announced it was taking action after one of Lu’s affiliates, Haode Investment Inc., defaulted on a $518 million margin loan facility.

Hong Kong-listed shares of Lu’s car rental specialist Car Inc. have lost more than half of their value since Luckin’s fraud disclosure, amid concerns the company could face its own credit crunch due to its connection to Luckin through Lu. Reflecting that, Moody’s Investors Service said earlier this week it was downgrading Car Inc.’s corporate family rating and senior unsecured ratings.

Founded in 1919, Borgward was to be an important plank in Lu’s plans to build up a national network of car sellers in every Chinese city, much the way Luckin has rapidly spread to include thousands of outlets after opening its first store just two years ago. But the car brand has made slow progress in the short time since Ucar purchased it. Its sales grew to a relatively modest 54,500 cars last year, up from 32,900 the year before. But a big portion of that came through fleet sales to Lu’s various car services units.