Appliance-Maker Hisense to Lay Off Over 10,000 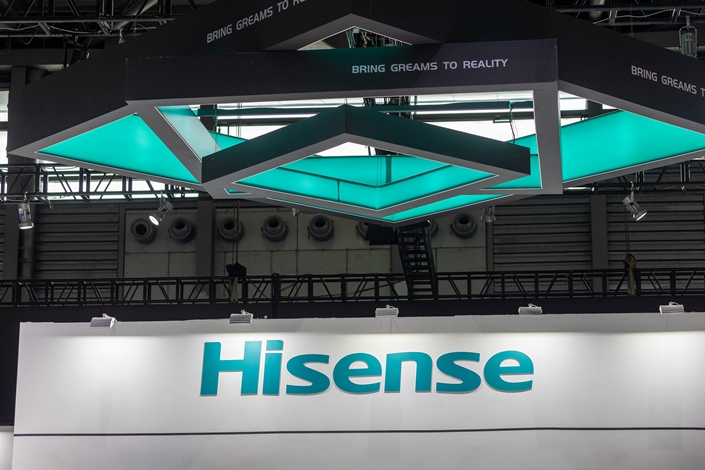 Hisense Group Chairman Zhou Houjian said earlier this year that the company had a global workforce of 80,000.

Chinese home appliance-maker Hisense Group is laying off more than 10,000 people, several employees told Caixin, as the global coronavirus pandemic has disrupted production and reduced demand for its products.

Executives are determined to carry out the redundancies and most departments will be affected, according to one employee in the company’s research department, who said that layoffs may affect as much as 20% of the companies staff. Company Chairman Zhou Houjian said earlier this year that Hisense had a total global workforce of 80,000.

Some senior employees received emails about possible job cuts earlier this month, said one manager. “That email was sent only to a small number of higher-ranked staff and said there was a plan to ‘optimize the structure of employees to improve operations efficiency and reduce costs,’” the manager said.

In a statement (link in Chinese) posted on Twitter-like microblogging platform Weibo on Sunday, Hisense didn’t confirm or deny the layoffs.

“With the global coronavirus pandemic, which has led to the significant weakening of global demand for home appliance products, we, like many other companies, are facing the arduous challenge of keeping the jobs of tens of thousands of our excellent employees.” However, it said the “statistics” widely spread on the internet regarding the company’s redundancies are false.

Hisense sold 15% fewer televisions in the first quarter of this year compared to 2019, according to data from research group Trendforce, with the company shipping 42.5 million units. However it fared better than its rivals Xiaomi and Samsung, whose TV sales dropped by 51% and 28% for the quarter respectively, the data show.

Though the company’s domestic prospects may be looking up as the Covid-19 pandemic eases in China, its export business continues to face major uncertainty as the situation overseas continues to worsen.

Earlier this month, Hisense told Caixin that Chinese home-appliance makers’ have been hit hard from travel restrictions and mandatory quarantines imposed by various countries, with goods held up at ports and logistics costs rising.