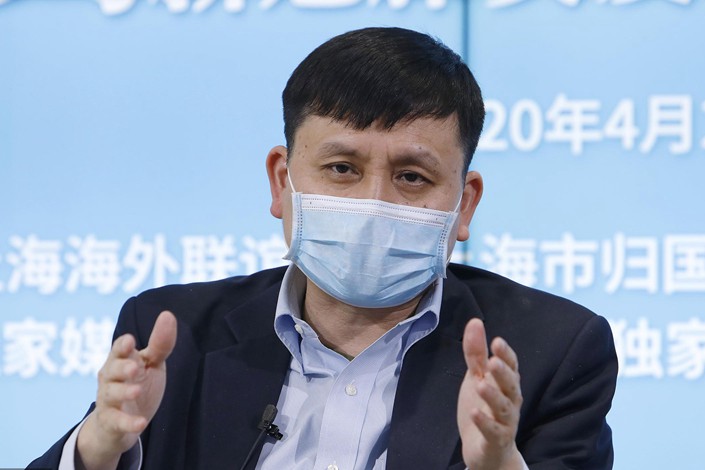 China could see another surge in coronavirus infections starting in November, one of the country’s highest-profile medical experts has said, as low numbers of new cases prompt governments nationwide to get people back to work.

While countries may be able to bring the deadly pandemic under adequate control by autumn, the coming winter may bring a “second wave” of infections in China and elsewhere, said Zhang Wenhong, who heads Shanghai’s Covid-19 clinical expert team and directs the infectious disease department at one of the city’s top hospitals.

Speaking Saturday during an online livestream broadcast by popular short-video platform Kuaishou, Zhang said China’s experience with disease control means any resurgence in infections later this year will be manageable, and not require a repeat of the dramatic measures taken to curb the virus’s initial spread.

“China won’t implement any shutdowns, and imported cases will certainly still make up the bulk of the outbreak,” Zhang said. In recent weeks, infected people traveling into China have made up the vast majority of the country’s new confirmed cases.

Like other public health experts, Zhang expects that in the long term, countries will have to take a flexible approach to recurring outbreaks. “For a long time, epidemic prevention and control will go through periods of relaxation and tightening. It will be possible to live and work normally, but it probably won’t be possible to completely eradicate the outbreaks,” he said.

That means countries must continue to fight the pandemic together even after their initial domestic outbreaks have peaked, Zhang said, adding: “Only when all nations have properly controlled the disease will we all be able to live well again.”

Predicting that the United States will bring its outbreak under control by May, he also called for the two world superpowers to cooperate more closely on the pandemic. “Communication between us at the medical level has never stopped,” he said. “When it comes to medicine, people’s health, and epidemic control, we can’t decouple from each other.”

As of Tuesday, nearly 2 million people worldwide have been confirmed infected with the coronavirus, according to a tally by Johns Hopkins University. Around 200,000 have died from the disease.