Opinion: How the G-20 Should Lead, Again 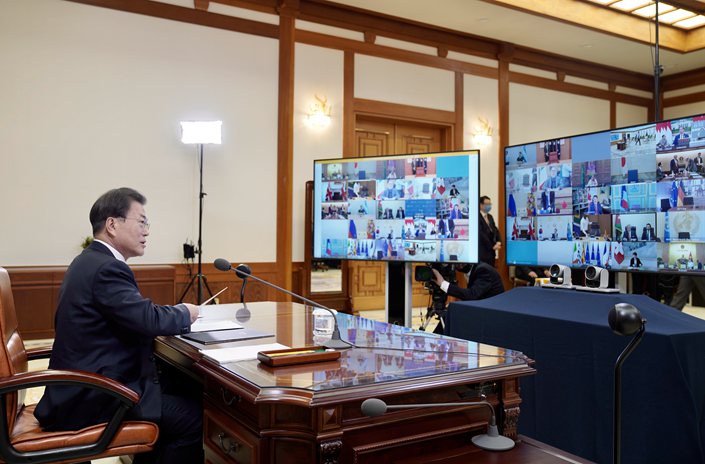 The Covid-19 pandemic has cast a pall over the global economy, making it impossible to anticipate even the near future. Restrictions on cross-border movements, along with national lockdowns, are rapidly reducing global production and consumption, and disrupting value chains. Growing uncertainties are creating a vicious circle, as the contraction in the real economy spills over into the financial sector, in turn reducing credit to non-financial firms. There are good reasons to worry that the economic shocks caused by Covid-19 could be greater and longer lasting than those caused by the 2008 global financial crisis, perhaps even the Great Depression of the 1930s.

At this critical juncture, the world is turning, once more, to the G-20 for leadership. Established in the wake of the 1997 Asian financial crisis — which it went on to resolve — the G-20 began as a gathering of member-state finance ministers and central bankers. It then evolved into a forum for heads of state and government during the 2008 crisis, and has since played a crucial role in the world economy by facilitating international cooperation and providing invaluable guidance in times of crisis. Faced with the unprecedented Covid-19 shock, the G-20, which comprises countries accounting for some 90% of global output, needs to get busy again.

Since mid-March, when South Korean President Moon Jae-in called for an emergency virtual G-20 summit, which was held on March 26, governments have been rapidly marshaling a response to the crisis. During that meeting, G-20 leaders committed to pursuing close coordination in four major policy areas: health, economy, trade, and international cooperation. They also vowed to take the initiative to work together as global firefighters. Now, all governments and international organizations, led by the G-20’s minister-level consultative bodies, are working together to prepare a concrete action plan to meet national leaders’ stated commitments.

To address both the pandemic and the economic fallout from it, the G-20 must do three things. First, it needs to keep demonstrating a strong commitment to policy coordination. Each and every G-20 member state needs to devise national-level policy measures aimed at achieving the same global targets, while remaining in close contact with one another to ensure that their efforts are aligned and complementary. Solidarity, not isolation and new barriers, is the only way out of the crisis. To retain the trust of citizens and companies alike, the G-20 must signal its willingness to take further action beyond current market expectations, if necessary.

Second, the G-20 needs to validate its commitment with a concrete, practical action plan and policies that follow through on it. Here, it is important to remember the lessons of 2008, when G-20 governments agreed to ambitious economic stimulus measures, regulatory reforms, and a standstill on protectionism. These pledges led the world out of the deepest phase of the crisis. The Covid-19 pandemic confronts us with an even tougher task, because we must resolve a health crisis and an economic collapse simultaneously. To succeed, economic rescue policies and quarantine measures will need to be closely coordinated and fully incorporated into the G-20’s action plan.

Third, the strategy for confronting the immediate twin crisis must include an exit strategy and a longer-term vision for the global economy. Keeping containment measures in place for an extended period of time will hurt many industries and undermine economies’ resilience. Given the difficulties of predicting a viable timeline for restoring economic activity, the G-20 should start instituting strategic recovery measures now, so that they are in place when they are needed. It should also take this opportunity to formulate a framework for accommodating the pandemic-driven proliferation of “untact” transactions — a new term, currently trending in South Korea, to describe non-face-to-face encounters.

While it was leading the charge for the initial emergency summit, South Korea’s government also prepared an issue paper with a comprehensive set of plans for coordination in quarantine measures, macroeconomic policies, global financial stability, and the movement of people and goods. The task now is to ensure that the global response is preemptive, prompt, and precise.

South Korea’s effectiveness in combating the coronavirus has earned praise from around the world. It owes its success to a combination of transparent quarantine and treatment measures and a comprehensive $120 billion fiscal stimulus package. Our government has since distributed its Covid-19-response manual to G-20 members, other governments, and relevant international organizations.

South Korea will continue to do its part, working closely with the G-20 to organize an effective global response to the crisis. We must remember the adage that, “Difficulties mastered are opportunities won.” And for its part, the G-20 must once again act as the world’s control tower. With the group’s continued leadership in this crisis and beyond, we can guide the global economy into a new phase of strong, sustainable, balanced, and inclusive growth.